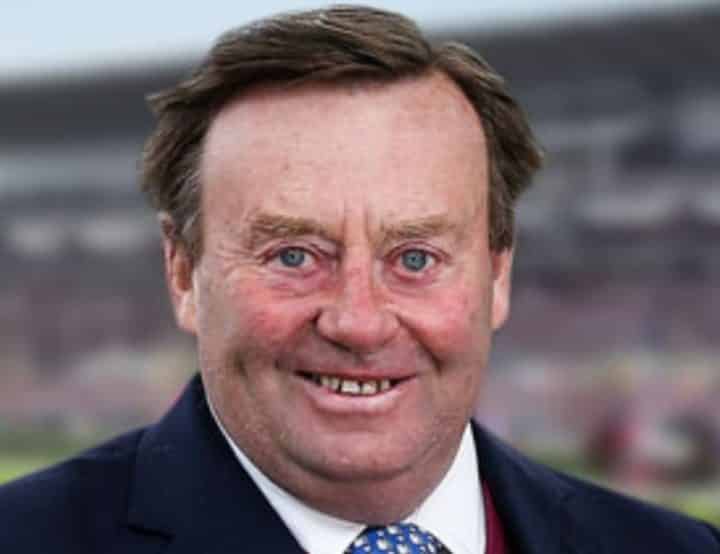 Quote: ‘We look forward to returning to the terraces, adhering social distancing – as we had before the latest coronavirus outbreak lockdown in January, in what are crazy times’.

With the return to FFCV football fixtures in late March supporters are still unable to watch games on the terraces, due to the coronavirus regulations remaining in place.

Many fans are eager to return to the terraces, mirroring those that can play tennis paddle and cycling, amongst other sports, as part of easing restrictions.

Speaking to The Leader, Steve added: “We can go to play tennis paddle, ride bikes, etc., yet we are not allowed into our own ground to support our team.”

Coronavirus data in and around the villages of San Miguel, Los Montesinos, Benijofar, and Catral, who have football teams in the FFCV, are decreasing.

Cases diagnosed during the week of March 29-April 4 in the Department of Torrevieja are 21, a cumulative incidence in the last 14 days of 21.20 per 100,000 inhabitants. In Los Montesinos no cases were reported.

The final of Spain’s Copa del Rey this month between Atlético de Bilbao and Real Sociedad saw thousands of supporters gather in the two Basque cities to chant their teams as they left for Seville on their team buses.

In both gatherings, fans failed to adhere the required 1.5 metre safety distance – many were not wearing obligatory face masks.

In both Spain and Scotland criticism has been pointed to fans’ unaccepted behaviour at a time when authorities are keeping a tight hold in the attempt to reduce coronavirus numbers, in fear of a fourth outbreak of COVID-19.

Celebrations of Rangers’ Scottish title win saw supporters mass public gatherings in Glasgow, at Ibrox before and after Rangers’ 3-0 win over St Mirren and 24 hours later, as the championship was confirmed by Celtic’s failure to win at Dundee United, fans descended on both Ibrox and George Square in Glasgow city centre. Police Scotland made 28 arrests for cases, including assault on officers.

Rangers issued footage from manager Steven Gerrard’s pre- and post-match press conferences around the St Mirren fixture. He stated: “We all have to abide by government rules”. Adding the situation was ‘out of my control’.

“People have to understand the situation our supporters are in, what they have been through. The priority is that the fans stay safe.”

In a statement, Rangers said: “We reiterate the message from our manager, Steven Gerrard, who highlighted that fans should adhere to government guidelines. Stay safe, socially distance and look after each other in this difficult time.

“We are aware there is the possibility of more, significant milestones within this season, and we will continue to proactively engage with key stakeholders to maintain a cohesive message in relation to government guidance at this present time.”

Steve Dobson said: “We look forward to returning to the terraces to watch Racing San Miguel, adhering social distancing – as we had before the latest coronavirus outbreak lockdown in January, in what are crazy times.”

Racing San Miguel: behind closed doors due to COVID-19.