PETER Ebdon, who I did an exclusive interview with, when revealing he fell asleep while driving his car on a motorway, said: “There is serious deterioration in some of the vertebrae – I have been in pain since Christmas.

“I had an MRI scan about seven weeks ago, which picked up significant wear and tear in my neck.”

Ebdon, 49, who I befriended during coverage of the UK snooker Championship for over two decades, revealed his decision to retire to World Championship sponsor Betfred.

“Two of the vertebrae need to be replaced. It is not an operation I want to have – because if it went wrong I could be in a wheelchair for the rest of my life,” said Ebdon.

Thank you so, so much, to everyone that has taken the time to message me. I am truly overwhelmed, by the love, support and best wishes, from my fellow professionals and public, alike. It has been an honour, to play a small part, in our beautiful sport, loved by millions. Adieu! 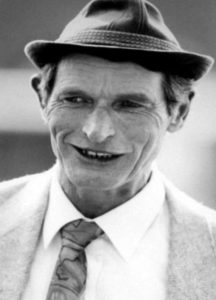 Ebdon launched his own business something that had been his ambition for three decades.

On winning in 1999 at Musselburgh, Alston said: “Poetry In Motion won in the colours of Peter Edbon, ridden by Willie Supple, a win well deserved.

“Poetry In Motion had been a little unlucky – having knocked a tooth out – when coming out of the stalls!”.