Monday 27th May saw a visit from the UK of Jim Jump who is the chairman of the International Brigade Memorial Trust as well as being a freelance journalist and editor of the Brigades in house magazine.

The Brigade was formed to remember the sacrifices of the many men and women from Ireland and the UK that gave their lives to support the fight against fascism during the Spanish Civil War. As well as the British contingents, volunteers from many other countries also joined the Brigade to support the anti-fascist movement.

Jim gave the audience, comprising members of the Torrevieja U3A, an extremely condensed rundown on the roles that the International Brigade members had played in the conflict and the roles of the members today.

Due to the time constraints, it was only possible to give an overview of many of the battles that the Brigade were involved in. Many interesting details came to light including the fact that it was mainly due to the actions of a couple of the Brigade members that the Home Guard (better known as Dads Army) came into being in the UK during the Second World War. 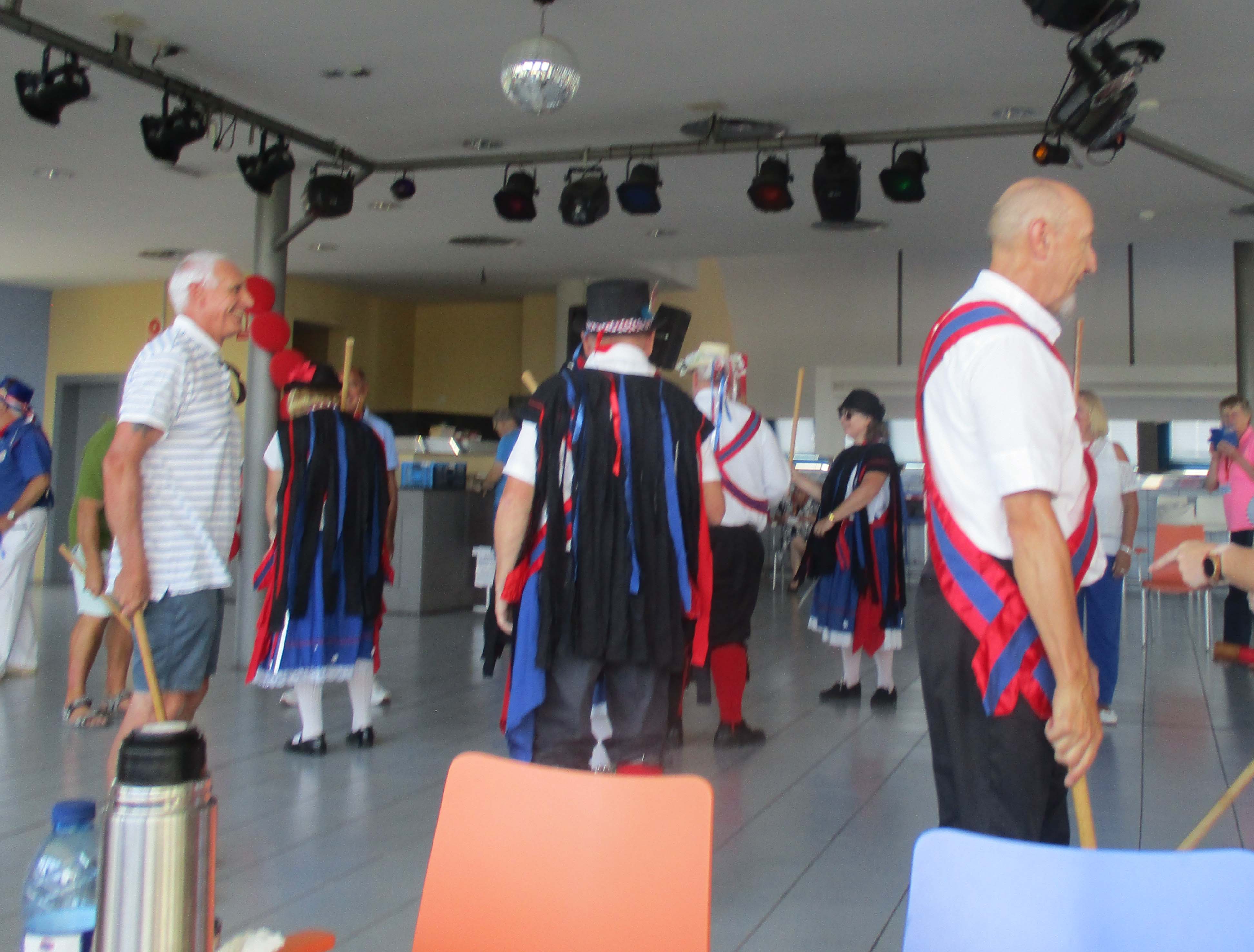 After this talk the audience was treated to a display by the Teri Howarth Morris dancers who performed several dances before encouraging volunteers to come forward and try their hand at. Volunteers were chosen in the time honoured method of “You, you and you, on your feet!!”

They all managed rather well and there was no need to call on the services of the Cruz Roja that were also in attendance.

For more information on this, and many other topics, visit the U3A website torreviejau3a.org or visit their Facebook page.