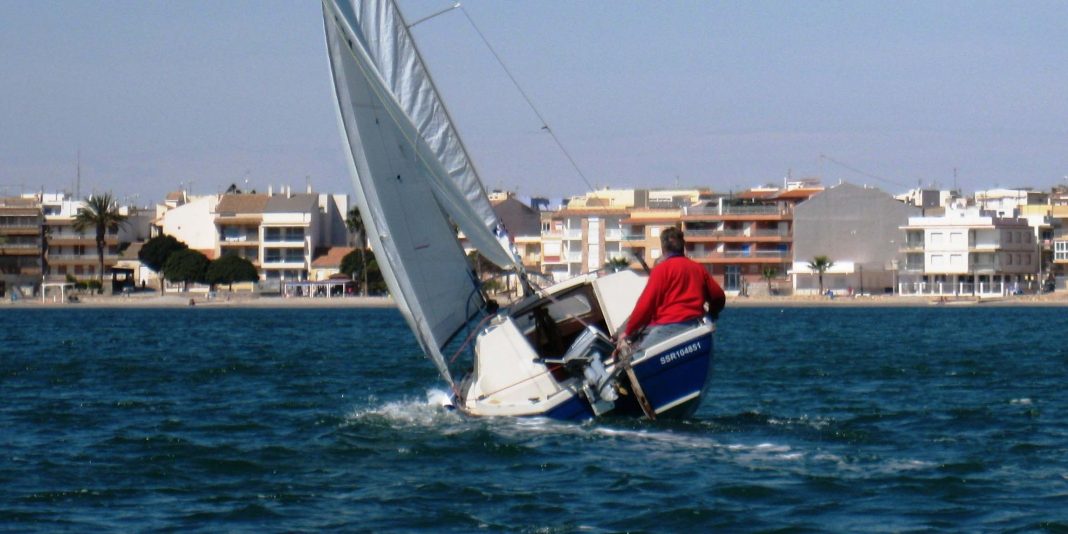 With people starting to leave Spain for the summer, the numbers taking part in the SAMM racing on May 27th was reduced to 11competitors. All were looking forward to a good days racing as the forecast was perfect with winds a constant 10 to 12 knots. However this was not to be.

In the first race the boats were faced with a very light southerly wind which, as the start sequence gradually counted down, ended up as SE 2-3 knots, not good for the bigger boats. The start was down wind with 6 boats crossing the line.

First over was the Sailfish “Mistral” followed closely by the Topaz, Laser Radial, the Gamba “Uno” with the second Gamba “Cuatro” way back. The wind continued SE rising to 4.9 knots and the race quickly settled down with Topaz leading the way followed by the two Gambas, who changed lead over the 4 laps. The Radial retired with steering problems during the second lap.

The wind gradually changed direction to due east and started building in strength and, at the close of the fourth lap, went due S at up to 14 knots. n the conditions the crew on “Mistral” struggling to keep going.

The eventual winner on corrected time was the Gamba “Uno” with Kerry, Tim and Dianne on board.

As the wind continued to build the second race was cancelled for safety reasons.

SAMM loses our Commodore – to the Ocean!