The walk began at Los Puertos, near Tallante, and headed around the neighbouring countryside.  It followed a path with unique plants, old carob trees and a few fincas with big dogs.  Great views and ably led by Audrey.  After 3 hours, the eight walkers drove to Gran Ventica Restaurante in Las Palas where they were joined by Deryck & Margaret and had a really good menu del dia for 11€. After the meal, Annie handed a Spring Equinox Questionnaire with 12 of the most difficult questions imaginable.  Audrey won with 8 correct answers.

On April 7th a group of 30 gardeners went by coach to visit the famous, but little known Cueva del Puerto caves of Calasparra.  Fortunately the coach driver knew the way, it would have been easy to miss the tiny signpost marking the narrow road up to the large, but almost empty visitor centre. These hypogenic caves were formed millions of years ago by groundwater rising and falling and eroding the soft limestone, and have been enhanced by the formation of stalagmites, stalactites, curtains, corals and ‘popcorns’ caused by rainwater dripping into the caves from above. 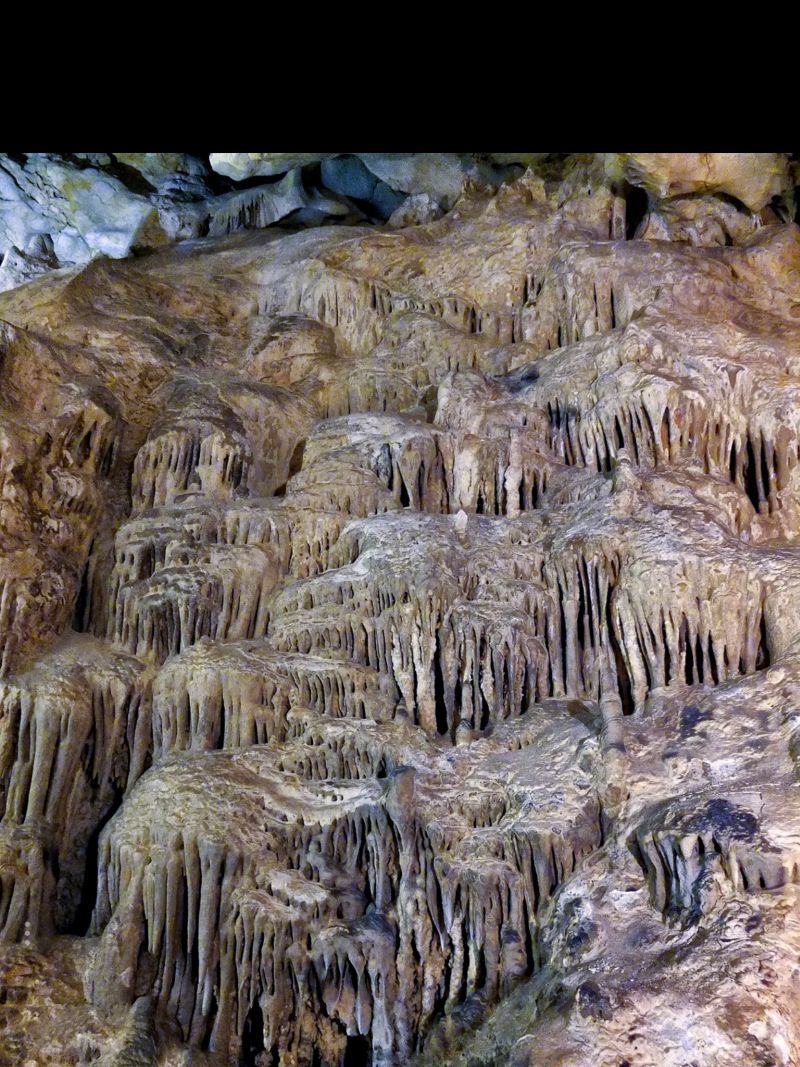 The caves were discovered in 1963, and after several years preparing it for visitors, building paths and stairs, opened it to the public.  We walked slowly for about 500 metres admiring the wonderful formations, cleverly lit to show them at their best.  Then after a short talk by one of our guides, we walked back the way we had come, admiring everything from the other side.  An hour and a half later we emerged, climbed back on the bus and drove through Calasparra to the restaurant Coto Riñales where we had an excellent menu del día.

Most people met at Meson Pepas on time, next to the fountain with no water.  The drive to the start was uneventful, no convoys to negotiate, and the walk began with a fellow telling Mike L that we were all mad to go up the hill.  The first stop was the crystal mine.

Interesting walk with historical details supplied by Mike B.  Lovely goats on top of tree branches, a smelly sewerage farm, and to round it off a long hill.

Back to the Venta for lunch.  Everyone liked the food, particularly the fish.  Thanks to Mike & Mike.