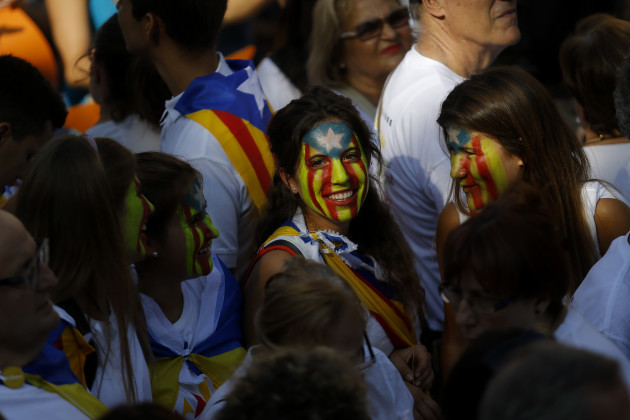 The battle for Independence by the wealthy Spanish state of Catalonia hit crisis point on Friday as the country’s Constitutional Court, Spain’s highest legal authority, suspended the vote planned for 1 October.

The central government called the move an attack against Spain’s and Catalonia’s institutional order.

Although the decision was widely expected, Carles Puigdemont, the regional president, said that neither central Spanish authorities nor the courts could halt their plans and the referendum would still go ahead as planned, adding that many of his supporters are prepared to go to jail over the issue.

“It is worrying that the state is seeking to scare people and make threats, faced with the desire for a vote,” Lluis Corominas, vice president of the Catalan parliament, told national radio.

With its own language and customs, Catalonia accounts for about one-fifth of Spain’s economic output, and already has significant powers over matters such as education and healthcare.

But in a survey by the Catalan Centre of Opinion Studies in June, 41.1 per cent backed independence while 49.9 per cent rejected it. Some 70 per cent wanted a referendum, however, to settle the question once and for all.

And as the battle lines continue to be drawn between the independence hardliners and the Spanish government, however, and as the hostility continues to be ramped up, yesterday (Monday) saw hundreds of thousands of Catalans attend a rally in the streets of Barcelona, in what campaigners said was a show of support for independence following Madrid’s move to block the planned referendum.

The ‘Diada’ day of September 11, which commemorates the fall of Barcelona to Spain in 1714, is often used by activists to voice their demands for an independent state. Coach-loads of demonstrators travelled into the city from villages across the whole region.

Catalan leader Carles Puigdemont was one of the ‘independentistas’ to take to the streets as Spain’s state prosecutor enters into criminal proceedings against Puigdemont and 13 members of his cabinet on charges of misuse of public money, disobedience and abuse of office.

At the height of pro-independence fervour in 2012, during a deep economic recession in Spain, around one million people took to the streets waving the Catalan flag and singing the Catalan anthem.

Polls have shown support for independence waning since then, and those wanting a separate state are now in a minority. However, a majority of Catalans still want to hold a referendum on the issue.

The North Sea Ferry that won the Falklands War