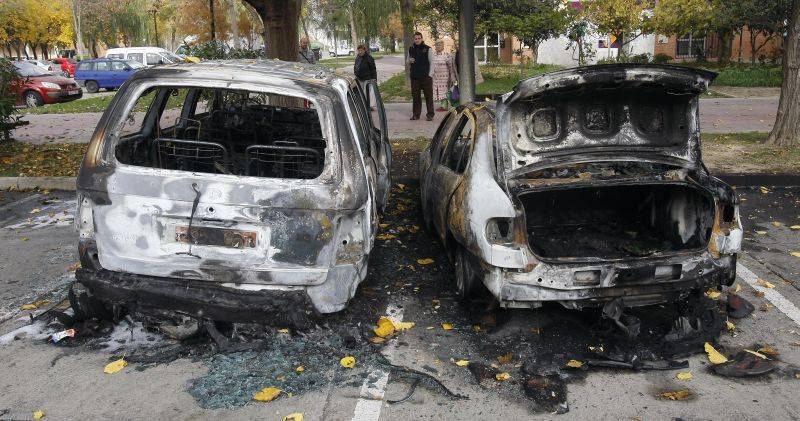 A 64-year-old woman has been detained and charged with setting five of the eleven fires that destroyed vehicles parked on a public road in Mar Azul, Torrevieja, in recent weeks and which caused a great deal of distress amongst both residents and holidaymakers living in the area.

She is accused of five crimes of serious car damage, for the arson of vehicles that were burnt out on the Avda Juan de Austria, in the Mar Azul urbanization, and for throwing a corrosive substance on a number of other cars, which resulted in serious damage to the paintwork.

In making the arrest the Guardia were helped by images captured by the private video surveillance systems of several nearby homes in the area of ​​La Veleta, just a few hundred meters from where the fires occurred.

The Guardia found some of the material used by the arsonist to generate and spread the fires, propped up alongside a waste container in the area.

The incidents in which the detainee was allegedly involved took place on the mornings of the 10th, 20th and 21st August on the Avda Juan de Austria and in adjacent areas. In the incident last Monday the flames also spread to nearby trees and properties located next to the main entrance to the Amanecer School.

The Civil Guard investigation is still continuing, given that there are still a number of other intentional vehicle fires that still need to be resolved, particularly those that occurred in the proximity of the Molino del Agua public park in the Parquemar urbanisation, where four other vehicles have been destroyed in an arson attack. Given the distance involved, 6 kilometres, between the two crime scenes, the Guardia suspect that the fires were caused by another source.

More than a hundred residents of the Mar Azul urbanisation held a meeting last Wednesday to address the security problem caused by the repeated arson attacks on the parked cars, and for the second consecutive night they formed a neighborhood surveillance patrol, consisting of groups of six people who walked the local streets In shifts of one hour, from midnight to the early hours of the morning.

At the meeting, one of the residents announced that the police had made an arrest resulting in the detention of the woman. However, despite the police intervention, the residents have said that they intend to keep the patrols going until the weekend whilst they enjoy the last few days of their annual holidays.