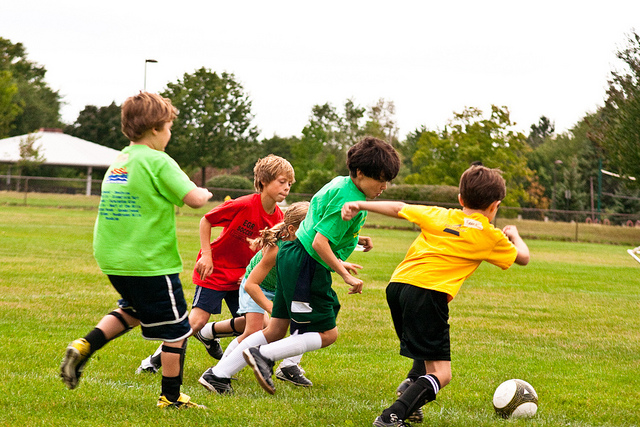 Once again the very high wind was going to be a major factor in the game.  Unfortunately Daya had the disadvantage of the wind coming straight at them in the first half.  With the wind behind them the visitors were having the better of the opening exchanges.

On fifteen minutes a good ball out of defence found a Daya forward whose shot was well blocked by the keeper.  The home side were now asking questions of their opponents and putting some good moves together.  From one of these moves on eighteen minutes Daya went ahead with a rasping shot from Franki.  Then on twenty two minutes Braulio hit a great shot from distance that cannoned back off the Altet crossbar.

Another good break by Daya’s Franki down the right side on twenty eight minutes saw his cross just fired wide by Braulio.  It was certainly all Daya now and surely a second goal would come soon.  It came with the half almost up, Braulio latching on to a good pass from midfield, took the ball on and slotted home at the near post for a comfortable 2-0 lead at the break.

The second period could not have started any better for Daya, as on forty eight minutes they went 3-0 up when a slick move was finished off by Franki.  Jaime did have to make a good save a few minutes later from an isolated Altet attack but it was all Daya still and surely further goals would follow.  It was Altet who scored next, pulling a goal back on sixty minutes when awarded an indirect free kick inside the penalty area but they still needed three bites of the cherry to put the ball into the net.

The goal gave the visitors a lift but Daya were still comfortably in the driving seat.  The fourth goal for Daya came on seventy five minutes when Sienna crashed home a great shot following good build up play.  It was game set and match for Daya and coach, Jesus, was able to give all his substitutes a run out as the home side went in search of further goals.

The Altet keeper made a fantastic save in the dying minutes as Daya continued to batter their opponents who were now down to ten men.  There was just enough time left for Braulio to score the goal of the game with a fantastic strike that flew in.

So 5-1 final score.  It was a good all round performance from Daya, not many teams could have lived with them today.  The defence was solid, Alex controlled the midfield and upfront Braulio was a handful alongside his strike partner Franki.