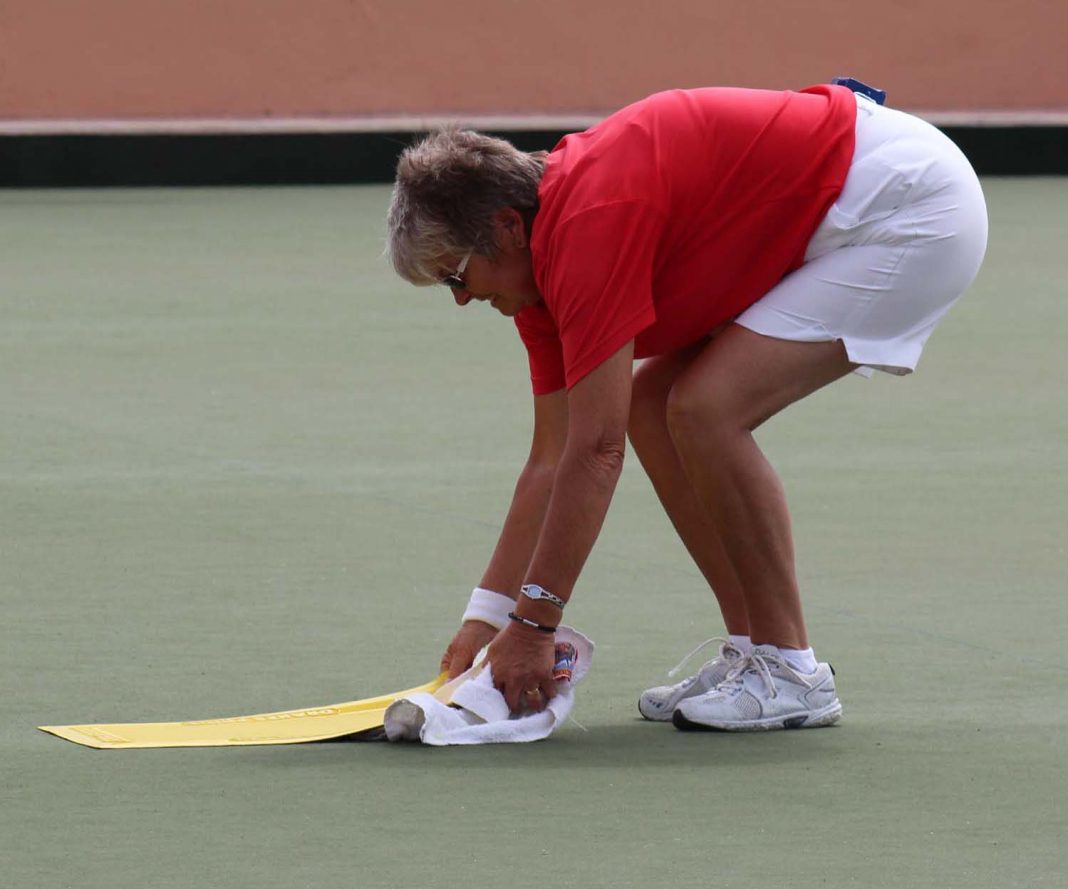 A good Winter league result at MonteMar with wins on four rinks and narrowly missing out on the fifth by one shot. The teams of B Regan, J Bowman, A Brown & B Pain. L Bishop, P Tomkins, I Kenyon & B Dunn. S Burrows, B Brown, M Regan & G Thorpe & L Watkins, T French, C Thorpe & M Furness bought home the points. Shot, 97 (10) – 69 (2) MM. The Berleen team also took a win thanks to S Jenkins, B Ewart, B Norris & D Jenkins.

SAL Enterprise Albatrosses welcomed La Marina Explorers and on this occasion our team finished with a win…the first this season, it just had to happen sooner or later, now the only way us up! Winning teams skipped by B Pain, E Bishop & M Furness. VB 115 (8) – 89 (6)  LM.

All bowlers are welcome to join the chicken drives on Wednesday & Sunday afternoons or Saturday morning; for more information please check the club website: www.sanluisbowls.byethost7.com

A great start to the week for the Toreadors with a convincing win against the Romulans. Winning on five rinks,  to many winning rinks to mention all the names so a big Well Done to all.

A tough match against Vistabella, Monte Mar only won one rink.

With no match for the Pioneers this week it was up to the Apollos alone to get the week off to a good start and they duly obliged with a fine away win against third place Emerald Isle Neptunes ensuring La Siesta stay in top spot. Best win came for Dawn & John Taylor with Harold Charleton 21 -10 closely followed by Irene Laverick, Brian Gardiner and Brian Harman 21-17,Joy Gardiner with Bill & Sue Jordan 18-16 and Sue & Vic Mahomet with Ramsay Sinclair 15-13.

Wednesday saw our Winter League Team travel to Bonalba. On a carpet on which heavy overnight rain had made the conditions tricky and heavy both sides had difficulties but it was the home side that triumphed winning on 3 of the 5 rinks.

Just after finishing the match a torrential downpour left the rink looking like a boating lake. Our winning rink was Barbara & Jack Cooper with Jim Hudson and Pat Reilly 27-12 whilst Joy Gardiner, Val Dalton, Bill and Sue Jordan drew 13-13. the overall score 98-77 to Bonalba with La Siesta getting 3 points and Bonalba 12.

Not such good news for the Blues and the Golds. The Blues only managed to win a single rink at home to San Miguel Jaguars from the consistent trio of Robert and Ann Heath with John Ball successful by 14-13. The overall result a 116-75 defeat with La Siesta getting just 2 points. Slightly better news for the Golds away to Montemar Toreadors managing to win on two rinks though losing 134-85 and just picking up 4 points. The winning rinks for La Siesta were Dennis Andrew,Ken Stringfellow and John Lincoln 23-16 and Molly Russell, Rod Edgerton and Tony Campbell winning a close encounter, with both sides playing some terrific shots,16-15 due to a gritty performance by coming from behind to triumph.

Good start to the week with La Marina going to Calpe and bringing away an eighteen shot lead for the second leg in January.  First time we have come away with three winning rinks.  Roger Stacey, Mike Smith, Carol Smith and Shirley Hadaway 29-8, Moira Taylor, David Taylor, Mike Stone and Don Harrison 18-11 and Anne Stone, Dave McGaw, Dave Hadaway and Maureen Kidd 22-11. Thanks to all those who travelled.

Not so good for our Monday teams. Explorers only just lost to Vistabella Albatrosses. Three rinks all but we lost on shots. Tom Spencer, Mike Smith and Anne Stone; Dave Hadaway, Jim Manning and Hilary Cronk; Alex Whyte, Margaret McLaughlin and Kathy Manning all won.

Winter League travelled all the way to Javea only to have it pour with rain.  Eventually started about 11.45.  Still kept our two point average. And whose rink did it?  Yours truly’s with such a great wick on the last end that I did not have to bowl my last wood. Well done Pete Parsons, Wendy Latham and Kathy Manning.  Unfortunately the Berleen also lost.

Seagulls didn’t do as well as they went to San Miguel and lost to 10-4 to the Cougars.  Colin Armitage, Arthur Cronk and Anne Stone plus Barry and Wendy Latham and Barbara Forshaw were our winning rinks.  Don’t mention wrong bias to someone on one of the winning rinks.

Last but not least a good result for the Sharks away playing San Luis Tigers.  Winning on two rinks and drawing one but getting the overall shots in our favour. John Mallett, Ron Maiden and Maureen Kidd won 26-13.  Roy Hart, Peter Parsons and Andy Bartlett won 23-16 and Alan Castle, Phil Pape and Janet Parsons drew 15 all.

The week started with the Titans travelling to Country Bowls Flamingos and they won the game 14-0 with an aggregate of 135-75 biggest winners were Y Mallerburn, P Coffey, F Close 32-6 , J Parkes, L Vincent, P Parkes 22-9

The Neptunes played at home against La Siesta Apollos and slipped to a 4-10 defeat going down on aggregate by 97-103. Winning rinks were A Brown, S Johnson, P Willicott 31-16 and E Morris, B Eldred, J Mullarkey 20 -12

On monday we started our bowling week with The Broncos playing host to Emerald Isle Moonrakers and had a good game against a strong team, the rinks were shared three all, with two of the losing rinks being so by just the one shot. A good display taking the overall shots 116 to 96, a good ‘feel good’ game all round, well done and remember whether you win or lose can be down to the draw.

Meanwhile The Pintos were at Greenlands playing The Sycamores; the play was good and on some rinks was much closer than the score might indicate. We came away with 2 rinks, which is a good result against the Sycamores away from home.

Friday found The Mustangs playing host to Quesada Swifts with some cracking matches, The Mustangs taking advantage of the home mat, though the stiff breeze proved to be bit of a leveller. In the end The Mustangs took the rinks by 4 to 2 and the overall shots by a reasonable margin.  Merv Armstrong, Keith Cunningham and Geoff Jones 27-15. Barbara Jones, Sheila Cooper and Carolyn Harris 11-23. Jim Taylor, Irene Thomson and Eddie Thomson 25-14. Ann Taylor, Malc Sykes and Jim Gracie 15-24. Maxine Wright, John Skipper and Rod Wright 15-10. Henry Ryder, Jan Bright and Richard Lee 48-6.

Meanwhile The Raiders travelled to Greenlands to play The Cedars, they struggled a little, but we have all been there. Alas they came away without a point, but that is no reflection on their play and spirit, it’s all about fun and good company. Ria Dukker, Tricia Elsam and Shirley Edwards 6-21. Roger Tunstall, Malc Elmore and Keith Longshaw 7-24. Marion Haynes, Rob Clark and Dave Haynes 15-24. Bob Easthope, Graham Day and Richard Needham 15-18. Edward Elsam, Ron Edwards and Gary Newson 8-22. Ian McMaster, Ngaio Baldwin and Terry Buswell 8-31.   For membership details contact Brian Taylor on 965077093 or  at briantaylor_es@yahoo.co.uk or Carolyn Harris on 966774316 or at elranchobowls.secretary@gmail.com