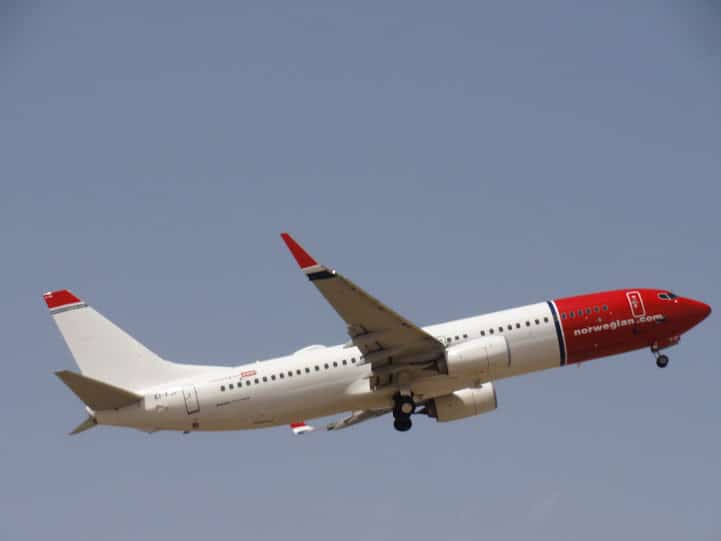 The Norwegian airline, with its base of operations at the Alicante-Elche airport, has announced the opening of a new route with the Stockholm Skavsta airport (Sweden), in the city of Nyköping.

The new route between Alicante-Elche and the Swedish city of Nyköping, located 100 km south of Stockholm, will begin on April 1, 2023 and will operate with two weekly flights (Wednesdays and Saturdays).

Stockholm Skavsta is a route that Ryanair operated without interruption for 14 years, from 2007 to 2021, the year in which it transferred its operations to Stockholm’s main airport: Arlanda.

In this way, with the reintroduction of Skavsta, the airport will once again be connected to the 3 airports near Stockholm that bear its name: Arlanda (Eurowings, Norwegian, Ryanair and SAS), Skavsta (Norwegian) and Västerås (Ryanair).

Norwegian will have a total of thirteen routes in Alicante-Elche Airport:  Alesund,  Bergen, Haugesund, Oslo, Oslo-Torp Sandefjord, Stavanger and Trondheim in Norway; Stockholm Arlanda, Stockholm Skavsta and Gothenburg in Sweden; Aalborg and Copenhagen in Denmark; and Helsinki in Finland.

Meanwhile, the German low-cost airline, Eurowings, belonging to the Lufthansa group, has announced the opening of a new route at the Alicante-Elche airport to Berlin (Germany).

The new route to the German city will be operational from April 11, 2023 with three weekly flights (Tuesday, Thursday and Saturday). These frequencies are programmed with Airbus 320 with 170 seats per flight that the airline will base at the airport in the German capital.

Eurowings will compete with Ryanair on the route to Brandenburg airport, since the Irish airline will fly 3 times a week next summer with flights on Mondays, Wednesdays and Thursdays, coinciding only with Eurowings on Thursdays.

Eurowings will have eight direct routes from Alicante-Elche airport for the 2022 Summer Season: six to Germany (Berlin, Cologne, Dortmund, Düsseldorf, Hamburg and Stuttgart), one to the Czech Republic (Prague) and another to Sweden (Stockholm).