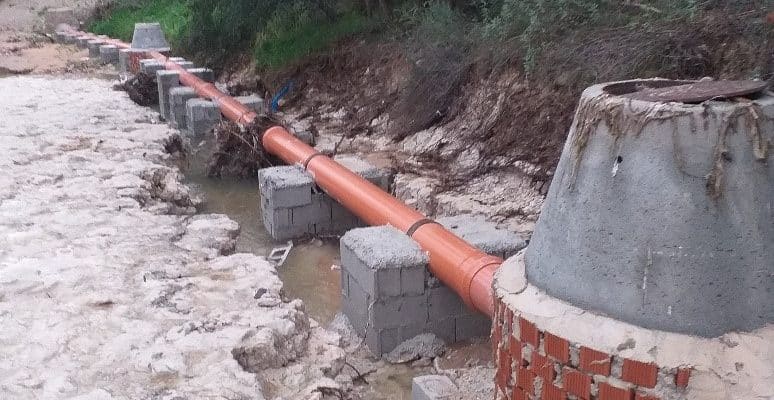 The Department of Infrastructures in Orihuela has explained that the work to improve the wastewater collector that runs along the Rambla de las Estacas (Playa Flamenca) will finally be finished, after the Segura Hydrographic Confederation (CHS) has given the go-ahead.

This was explained by the Councillor for Infrastructures, Ángel Noguera, who recalled that the procedures to carry out this work began in 2016, although it was not until the CHS responded to the Council’s request that further steps could be taken.

In addition, an agreement has been reached with the owners of the urbanisation adjoining the land where the works are to be carried out, for the transfer of the necessary land to be able to undertake this improvement.

Thus, once the replacement of the collector is completed, the section that runs along the Rambla de las Estacas will be left out of service, between the road that gives access to a golf course and the Tajo-Segura post-diversion canal, as well as two branches that flow into the collector. “The passage of time and the downspouts that occur along the boulevard in episodes of heavy rain have caused some sections to remain uncovered, which has caused breaks,” Noguera pointed out.

In order to modify the layout of the collector, two pumping stations will be built to drive the water to the collector that runs along calle Canyon Hillys. In addition, new PVC pipes and centrifugal pumps will be installed to drive the wastewater generated in the houses of the adjoining urbanisations to the aforementioned collector.

The works will cost approximately 800,000 euro.