The LeaderPutting YOU at the Heart of the Community
Sign in / Join
Subscribe
Home Property Construction 2,000 new houses in San Miguel de Salinas rescue plan 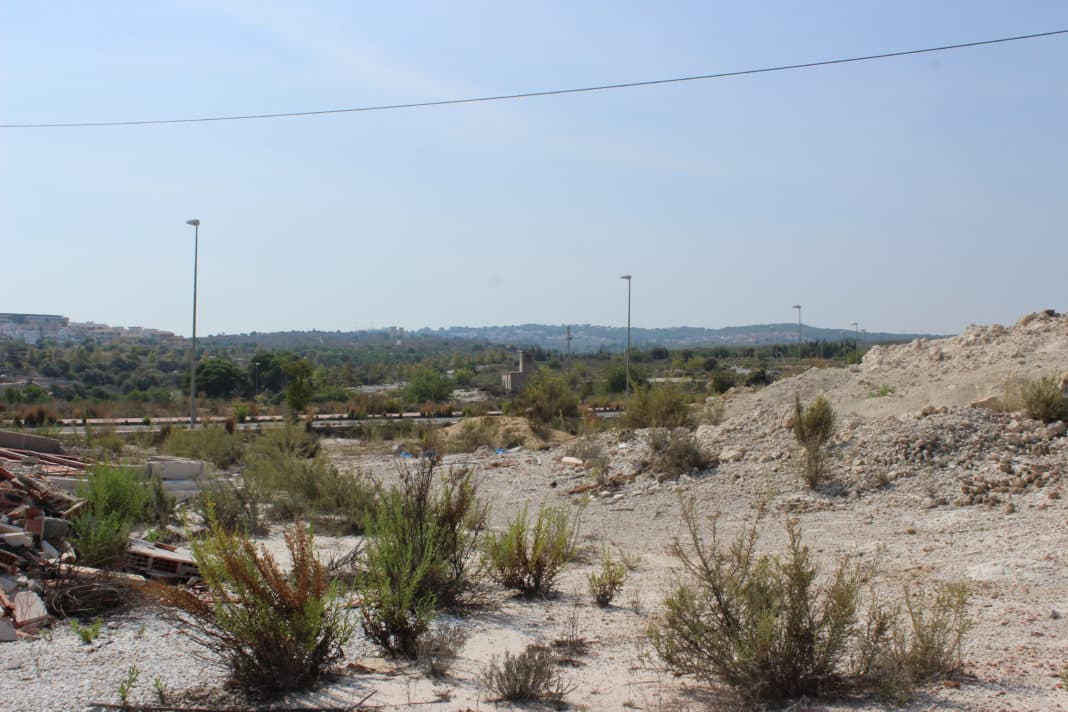 The construction company that has applied to become a developer of the SUS-A Los Invernaderos sector in San Miguel de Salinas, running adjacent to Ronde Oeste, plans to invest just over five million euros rehabilitating the basic services and infrastructure that has been vandalised during the fifteen years in which it has laid abandoned.

The plan of 700,000 square meters and with the capacity to build 2,000 houses in San Miguel de Salinas has been abandoned since 2008, at which time one block of four-storey properties had been built.

The Aguilar brothers, businessmen from Molins (Orihuela) who have applied for the status of development agent through the Bogey Mediterráneo company, have all the options to achieve it as they already own 80% of the land.

If the operation is confirmed, it would be the end of a nightmare for municipal management, which first protected this ambitious reclassification of agricultural land in the midst of a real estate boom, after the Elche businessman, Ramón Salvador, the original developer, was declared bankrupt during the property crisis.

In order to repair the electrical infrastructure, it will be necessary to reinstall the looted transformers, and recover all the public lighting with a new installation of energy-saving LED technology.

The construction company wants to carry out intensive pruning of all the trees, the avenues are dotted with large Washingtonia palm trees that have not been treated since they were first planted. Additionally a great deal of the vegetation will have to be removed and replaced because the lack of conservation caused the roots to lift the road and pavements.

The main problem affecting the Los Invernaderos plan at the moment is the absence of a direct connection to the power supply. The line that connects the urban area is insufficient to supply the additional growth, equivalent to more than 4,000 new residents, in addition to the 6,500 currently living in the town. Upgrading the current network will require a separate line from the one that supplies the urban area at a cost of 1.7 million euros .

However, the previous developer, Ramón Salvador, has deposited a guarantee of 1.4 million euros to carry out this work. It is a guarantee that is preserved and that will be used to pay for most of the new line that will link the La Marquesa substation with San Miguel de Salinas.

The new constructor has also checked the state of the facilities of the drinking water supply tank, and of the sewage network. Both systems will be able to be upgraded without requiring any major work.

Another of the conditions demanded by the City Council is that the main road connecting the CV-95 roundabout with the urban area, becomes a section of the ring road that directly connects this road with the Rebate-Pilar de la Horadada CV-952 road, and of course with Orihuela Costa, Campoamor via the CV-941 and along the Las Balsas- Las Filipinas road, avoiding the town centre.

The local government has accelerated this operation in the run-up to the 2023 electoral campaign. The construction of first homes and tourist homes is synonymous with the eventual generation of employment, collection of construction taxes and later from the Tax of Real Estate.