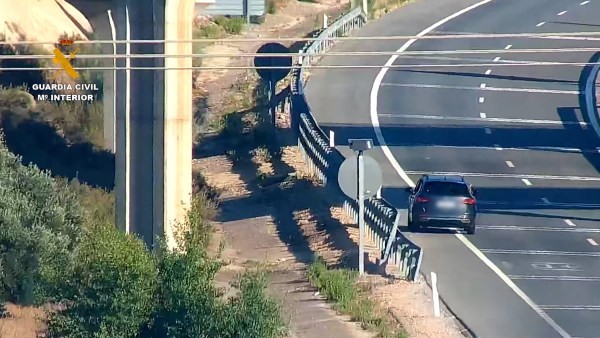 The Guardia Civil has arrested a woman for doing a u-turn and driving in the opposite direction to usual, with manifest recklessness and seriously endangering people’s lives.

The personnel monitoring the road reported that a vehicle had made a u-turn when reaching the toll and was subsequently driving in the opposite direction to the flow of traffic, towards Arganda del Rey, but in the M-40 direction.

After receiving the report, a patrol from the Guardia Civil Traffic Section, belonging to the Valdemoro Traffic Detachment (Madrid), went to the motorway and initiated the established protocol for the location and arrest of vehicles circulating on a highway the wrong way.

Once the vehicle was located and immobilised, the agents verified that the driver of the vehicle had carried out the manoeuvre with full awareness of what she was doing, so as not to go through the toll.

This person travelled a total of seven kilometres in the opposite direction, putting her own life and that of other road users at risk, for which she was arrested as the alleged perpetrator of a crime of reckless driving with manifest contempt for the lives of others.

Tests for alcohol and drugs were negative on both.

The driver of the vehicle remained as a detainee at the judicial disposal when the instructors of the proceedings verified that she lacked a legal address in Spain.

The Guardia Civil appeals to the civic conscience of the population so that if they find themselves in a similar situation, they can call 062 (Guardia Civil) in Spanish or 112 (Emergencies) in other languages, and in case you have made a recording or have a link of interest, you can contribute them in the channels created by the Guardia Civil, https://www.guardiacivil.es within the electronic complaint section.