“She was a very special person. Incredibly knowledgeable and very passionate,” said Ballydoyle based O’Brien.

A state funeral will take place on September 19 following Queen Elizabeth II passing on September 8, after 70 years on the throne.

She died at the age of 96 at her home in Balmoral, with her son, the now King Charles, and daughter Princess Anne by her side, amongst others.

Horse breeder/owner HM The Queen presented O’Brien with a plethora of trophies at the annual Royal Ascot meeting: “We were lucky enough to later spend time in her company – both around racing and in private,” he said.

O’Brien spoke of the UK’s longest-serving monarch visiting Tipperary to see Coolmore’s elite stallions: “It was very special to have her see all the stallions at Coolmore.

“She was extremely inquisitive and wanted to know all about each horse’s individual idiosyncrasies. Their temperament, their movement, their personalities, what they were like to train.

“She wanted to know everything – her interest was incredible. I found it fascinating listening to all her observations and ways of thinking.

“One thing I found especially interesting was how she looked at a horse.

“When introduced to a horse, everyone generally watches the way they walk, looking how they move, but that was never the first thing she did. She would instead let them walk by and just listen to the sound of their walk.

“She wanted to hear their motion, before she saw them move. It was a very unusual thing but I thought it showed what a special understanding she had for horses.” 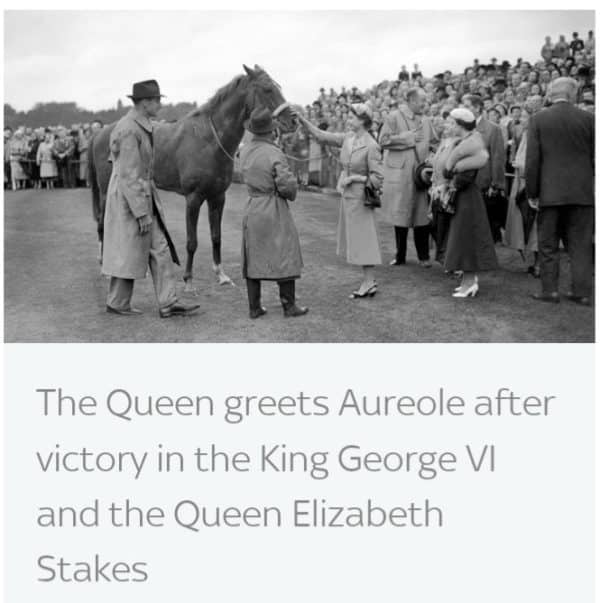 Queen Elizabeth II won every Classic – except the Derby at Epsom – celebrating 24 Royal Ascot winners as an owner, including the 2013 Gold Cup.

Her Majesty’s purple and red colours were celebrated in a guard of honour at the 2022 Derby.

Queen Elizabeth II had a lifelong association with racing attending the annual Royal Ascot June meeting, where she enjoyed victory with Phantom Gold in 1995 and a famous Gold Cup triumph with Estimate in 2013.

At this year’s Derby meeting 40 jockeys past and present gathered to form a spectacular guard of honour for the royal party, in celebration of The Queen’s Platinum Jubilee.

O’Brien added: “It was incredible to see her still riding her own ponies in the later stages of her life.

“It tells you the bond she had with them, and the enjoyment she got out of them. She had a gift in how she was able to put people at ease straight away when meeting them.

“Everybody took to her very naturally because of her personality. She will be a big loss to everyone, including the world of racing.

“We would like to offer our sincere condolences to King Charles, Camilla, the Queen Consort, Princess Anne and all her extended family.”