The LeaderPutting YOU at the Heart of the Community
Sign in / Join
Subscribe
Home Editor Picks Reach For the Skies! 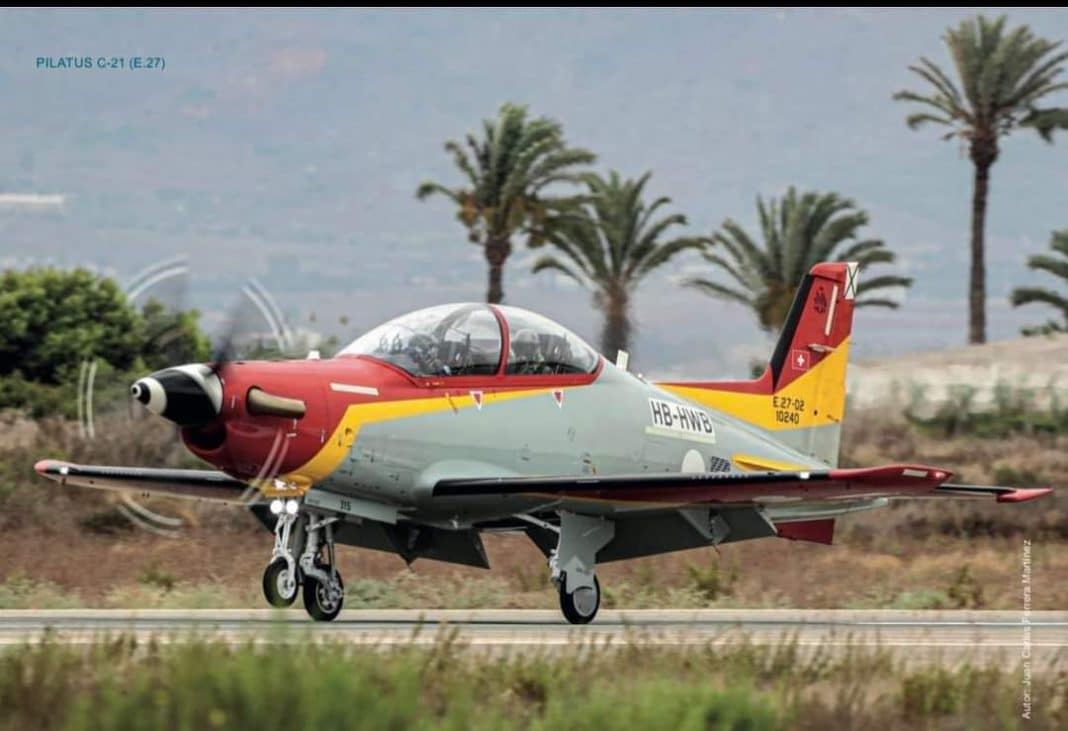 The latest group of future pilots for the Spanish Air and Space Force have just begun taking to the skies over the General Air Academy in San Javier.

The biggest challenge facing this latest intake is that they will be the first to train in a brand-new aircraft, the Pilatus PC-21, a challenge which also extends to the maintenance and ground crews.

The change in aircraft follows the retirement from training of the famous and popular C-101, a Spanish built jet, which was first delivered to the Air Academy on 17 January 1980. Since then, the aircraft have clocked up a staggering 285,000 training flying hours.

If you are local to the academy, you will no doubt be aware of the sight and sound of the C-101, but that image is now completely different, given that the PC-21 is powered by a propeller, rather than being a jet.

The Pilatus PC-21 is a turboprop-powered advanced trainer with a stepped tandem cockpit. It is manufactured by Pilatus Aircraft of Switzerland.

A key aim for the PC-21 was to allow jet aircraft pilots to perform the majority of their training before converting to jet-powered types, allowing operators to make substantial savings. In May 2002 Pilatus announced that it aimed for the PC-21 to capture 50% of the global trainer aircraft market between 2005 and 2030.

For its part, the C-101 will continue to fly, just not as a trainer, but the aerobatic stunt team, Patrulla Águila, will still use the jet, and in active service with the Air and Space Force.