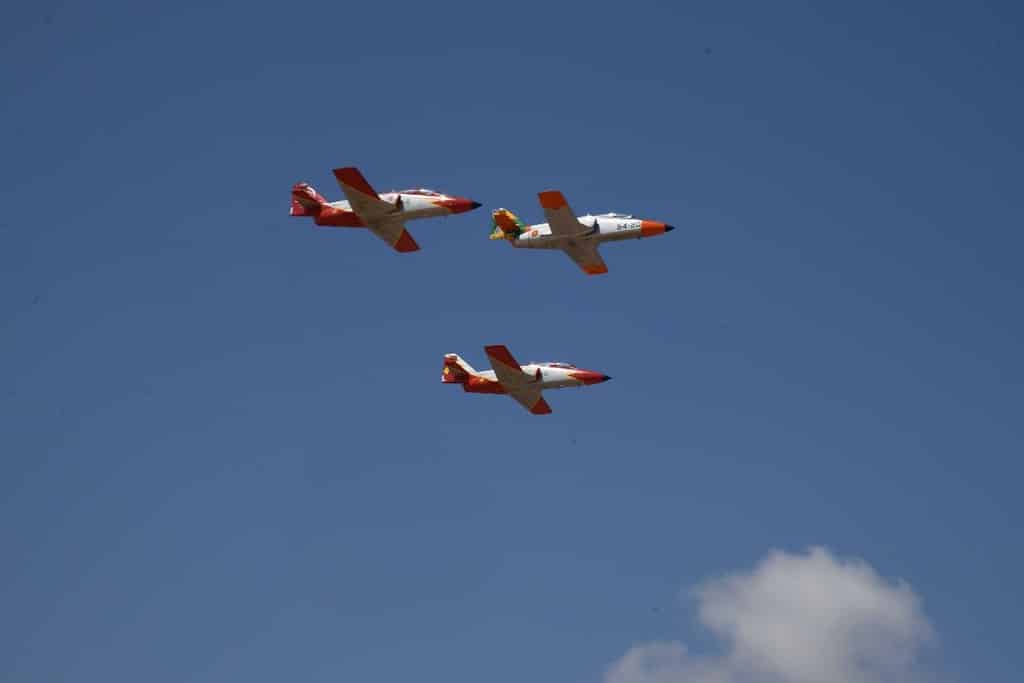 The Spanish Air and Space Force has announced this week that on Friday 29 July, the CASA C-101 Aviojet made its last flight dedicated to teaching, ending the 2021-2022 Basic Flight Course at the Academia General del Aire (AGA) in San Javier.

Known as “Mirlo” and “Culopollo” among pilots, the first four examples of this Spanish plane were delivered to the Basic School of the General Air Academy in San Javier on January 17, 1980. The plane, called E.25 by the Air and Space Force, has completed more than 285,000 in these training flights, and 42 years of service, as witnessed frequently by those in the area of the San Javier air base.

The last flight of the C-101 dedicated to teaching took off from the San Javier Air Base at 11:20 in the morning, with a formation of three planes in an advanced phase mission of the basic course of the 74th promotion of the AGA.

However, it’s not the end of the popular aircraft. Despite the retirement as a trainer, the C-101 will continue to serve for some more time in the Air Force, as it will still be flown by the Patrulla Águila aerobatic group and “in the framework of the missions entrusted by the Combat Command (MACOM), which will allow it to continue increasing its prestige and spread the Spain brand by drawing the skies, inside and outside our country, with the colours of our National Ensign”, according to the Air and Space Force.

Of course, we must not forget that a small number of these aircraft have been involved in crashes in recent years, although it is considered a reliable plane. 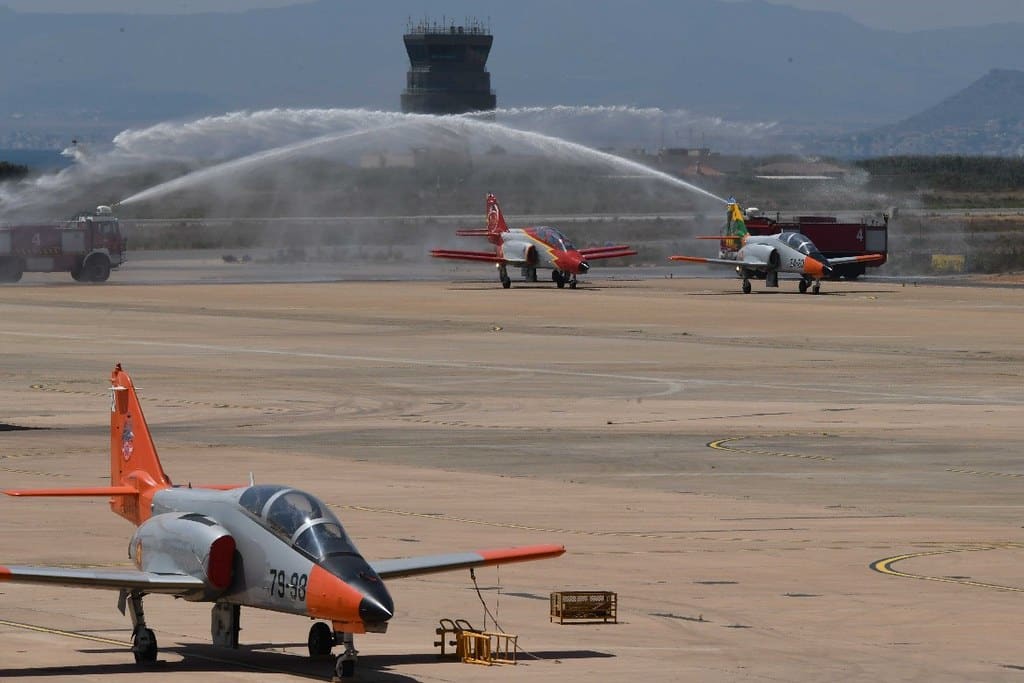