El Classico is Spanish football’s flagship fixture, with games involving Barcelona and Real Madrid often played before sold-out arenas with millions more fans watching the play on television and live streaming apps. Whether you are a fully-fledged lover of La Liga or simply an interested bystander, chances are you’ll love El Classico as much as the next football fan.

It’s passionate, skilful and gripping, showcasing some of the best players and coaches on planet football. But how much do you know about this world-famous fixture, and when will the next one occur? It pays to be in the know, as the more information you have, the more success you’ll enjoy when it comes to planning your viewing, applying to purchase tickets or making predictions at the best sportsbooks online.

There’s something for everyone

It’s not just football fans that love Barcelona vs Real Madrid. The gambling industry can’t get enough of it either. The leading gambling apps offer registered customers the chance to make predictions and place bets on the next El Clasico. Have your say on the match winner or play one of the many specials, including handicap, first goalscorer, total goals, half time/full time and more.

There’s something for everyone, and you can wager before kick-off or at any time during the match, thanks to in-play betting. Watching El Classico is something special, but many followers enjoy raising their interest levels by placing a bet on the outcome and targeting a profit while enjoying the show. For a lover of the beautiful game with knowledge of the teams and a strong opinion on the outcome, that’s a near-perfect scenario.

Leading sportsbooks even give new players a welcome bonus free bet. This is a promotion used by the betting app’s marketing team to help them stand out from the crowd in what has become a hectic market. Join a major sportsbook, make your first deposit, then place a bet, and you’ll qualify for a free bet that is at least equal in value to your first stake. 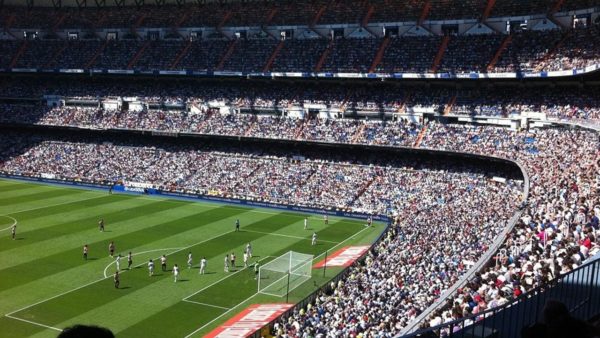 The first El Clasico of the new season is set to be played on Sunday 16th October in Madrid, with the kick-off time yet to be decided by both clubs and the TV broadcasters. The match will be shown live on several major TV stations worldwide, including Sky Sports across Europe.

It will be the third match of the month for both clubs and will be played at a time when Madrid and Barca are looking to nail down the consistency needed to challenge for the La Liga title. The league won’t be won or lost on that day, but pundits and Spanish football experts believe that fixture will involve the eventual champion.

Real Madrid and Barcelona are no strangers to meeting in competitive action, but what is the head-to-head score and which side holds the lion’s share of victories? The rivals have met 81 times in competitive action since 1960, with the stats showing Barca are currently on 33 wins against the 27 of Real Madrid, with 21 games ending in a draw.

The most recent game was played last season in the La Liga when Barca scored a 4-0 win despite their opponents ending as champions. That serves as a reminder that titles aren’t won in one match. Consistency throughout the season is more important. The pair met three times last season in league and cup duty, with Blancos winning two and Barca claiming one victory.

What can we expect from both clubs this season? The experts predict they will scrap it out for the league title with the pair finishing first and second. We can get an idea of what to expect from the results of the opening weekend of the season, although players are still getting up to match sharpness.

Week one results show Barcelona were held to a 0-0 draw at home by Rayo Vallecano, a match they were favourites to win but couldn’t turn possession into goals. Real Madrid began with a 2-1 away win over Almeria, sticking to the task and grinding out three points.