Spain is a country that most people associate with its warm climate and delicious food. However, the world owes a lot more to this country than you may have thought.

Spain doesn’t often come up in the conversation of great inventions. A majority of life’s accomplishments are taken credit for by places like the USA, Japan, and the UK, but Spain has done more than its fair share of scientific breakthroughs. Don’t believe us? Read on to find out more about the technological and scientific discoveries that were made in Spain.

A standard mop may not be the height of technology in today’s world, but it was a huge leap forward in 1964. This cleaning tool was conceived by Manuel Jalon Corominas, who spent his life working as an aeronautic engineer in the 20th century. It may not seem like a huge contribution to society, but the invention of the mop is the reason why you do not have to get down on your hands and knees with a cloth to clean your kitchen floor.

Perhaps slightly more useful than the mop, the stapler was invented two centuries earlier in Spain. It is rumoured that this piece of stationery was invented for King Louis XV in the 18th century to help keep his documents together. This invention made the wax seal obsolete and is now a standard fixture in any office space.

The Spanish were once famous for their naval fleets, so it only makes sense that a Spaniard would develop the world’s first submarine. The early designs for this electric submersible vehicle were drawn up by Isaac Peral y Caballero in 1886, and the first launch took place in 1888.

However, there is still some debate surrounding this invention. The submarines that we know today are far more readily available, and the designs for this type of craft were drawn up by an American inventor. Robert Fulton was a naval soldier who can up with his idea for the submarine would end warfare.

Instead, this device made it easier for nations to engage in covert war operations. You can choose for yourself who came up with the first real design for the submarine. By it is doubtful that Robert Fulton would have succeeded with his machine had Spain not already made their own innovations.

Moving onto engineering now, Spain can also be credited for inventing the very first spacesuit. However, this spacesuit was never designed to reach the deep reaches beyond our atmosphere. Instead, Emilio Herrera invented the first pressurised spacesuit to help with stratospheric flight, rather than space travel.

This suit was created in 1935, and Colonel Emilio wanted to test his invention by sending someone up in a hot air balloon. He wanted to explore the skies; however, the government at the time disavowed his creation. That is why you probably associate the invention of the first NASA spacesuit with the Americans in the 1960s, rather than with balloon travels in Spain.

While the internet is an American invention, Spain has had their own impact on this remarkable service. It is estimated that 96% of people living in Spain have access to the internet, which is one of the highest populations of users on the planet. However, almost 81% of these surfers use the internet entirely for the purpose of watching online video content.

This high number of watchers created a need for other video-sharing software outside of YouTube. Now, you can upload and watch anything online, and you have Spain as a country to thank for these advancements.

You now have access to gaming content, live events, and even computing how-to guides on topics like changing a tire, converting PDFs to Word or building a bookcase. Therefore, Spain is probably being looked at as the place to watch when internet moguls are designing new programmes. 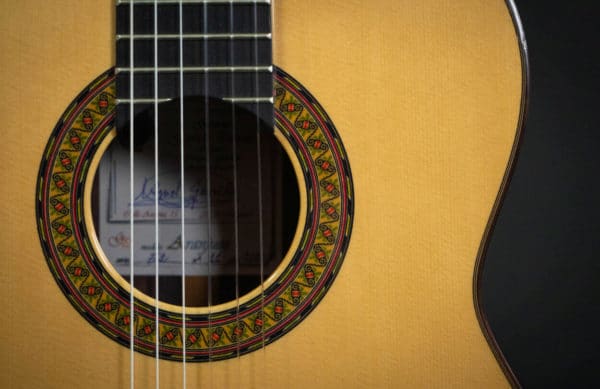 The guitar may not seem like a scientific breakthrough, but there are certain principles behind the vibration of strings creating a sound so it can be counted. The classical acoustic guitar was obviously a Spanish invention, and it came from the mind of Antonio Torres Jurado in the 19th century. Before this time, there was no six-string instrument that you could pluck with your fingers.

The key difference between this invention and previous acoustic guitars was that this instrument used nylon strings instead of steel. These nylon strings were thicker, which means that they produce a softer, more classical sound. Again, it took a keen scientific mind to determine this difference.

Spain is a culturally significant country in more ways than one. Fortunately, you should now have a better idea about how they have shaped the world we live in with their scientific and technological contributions. Our society would be very different without the objects listed above, so make sure you remember these items next time you think of Spanish culture.