Throughout the 1940s thousands of spectators packed into Britain’s 77 licensed (NGRC) greyhound tracks on Friday evenings.

In the 80 years since the sport’s popularity has dwindled, with crowd numbers falling dramatically, amid concern over animal welfare with a plethora of courses going into the red.

Greyhound stadiums in Lancashire saw the closure of ‘flapping’ tracks (non-NGRC registered) including Blackpool and Preston.

The track switched to independent status (unaffiliated to NGRC) in 1929 after the company changed to the Blackpool Greyhound Racing and Sports Company Ltd. 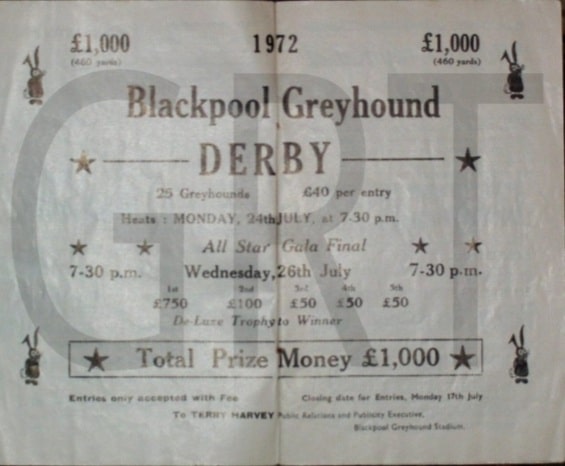 The Blackpool owners who also controlled Hanley Greyhound Stadium in Stoke-in-Trent branched out by taking greyhound racing to Craven Park, Barrow-in-Furness but the project only lasted the two summers of 1933-1934.

Despite the greyhound business boom of 1946 profits dropped the following year and with the growing population of Blackpool the greyhound stadium area was considered an ideal site for housing.

The town was to experience greyhound racing again from 1967 until 1988 on the flapping track at Borough Park, Princess Street, site of a former Gas Works, with big races including the Blackpool Greyhound Derby.

The Stadium was demolished in 1998 and a Macdonalds is now in situ where kennels once lay, with a new car park covering the majority of the track.

Now, greyhound racing is on course for a comeback. On August 26 thousands of people are expected to queue to get into Oxford Stadium for the return of the sport – after a ten-year absence.

Along with Suffolk Downs in Mildenhall it is one of two tracks to re-open this year, taking the total to 20 venues.

Nottingham based Gary Nolan, 54, who has a property in Los Montesinos, a syndicate member of greyhound Mickys Barrett told The Leader: “We have had a fantastic journey with Mickeys Barrett.

“The plus point him being successful beyond our wildest dreams. Everyone in the syndicate have all personally seen a steady increase in numbers of people attending the racing, especially at the Colwick/Nottingham track, local to us.

“I personally have only been to Notts and Towcester, but a lot of the other blokes in the syndicate have been up to Newcastle on numerous occasions, where they were met with open arms by the locals who loved the story behind the dog and its strong  and cheerful support.

“A group of the lads even travelled over to Ireland to watch the races, even after our dog was withdrawn, due to not travelling the long distance very well in practice a week prior to the race.

“They had a great time and once again the hospitality by all involved in the races/ accommodation, etc., was amazing.”

“We are hoping that the good times will long continue and the numbers going to watch will keep growing,” added Gary.