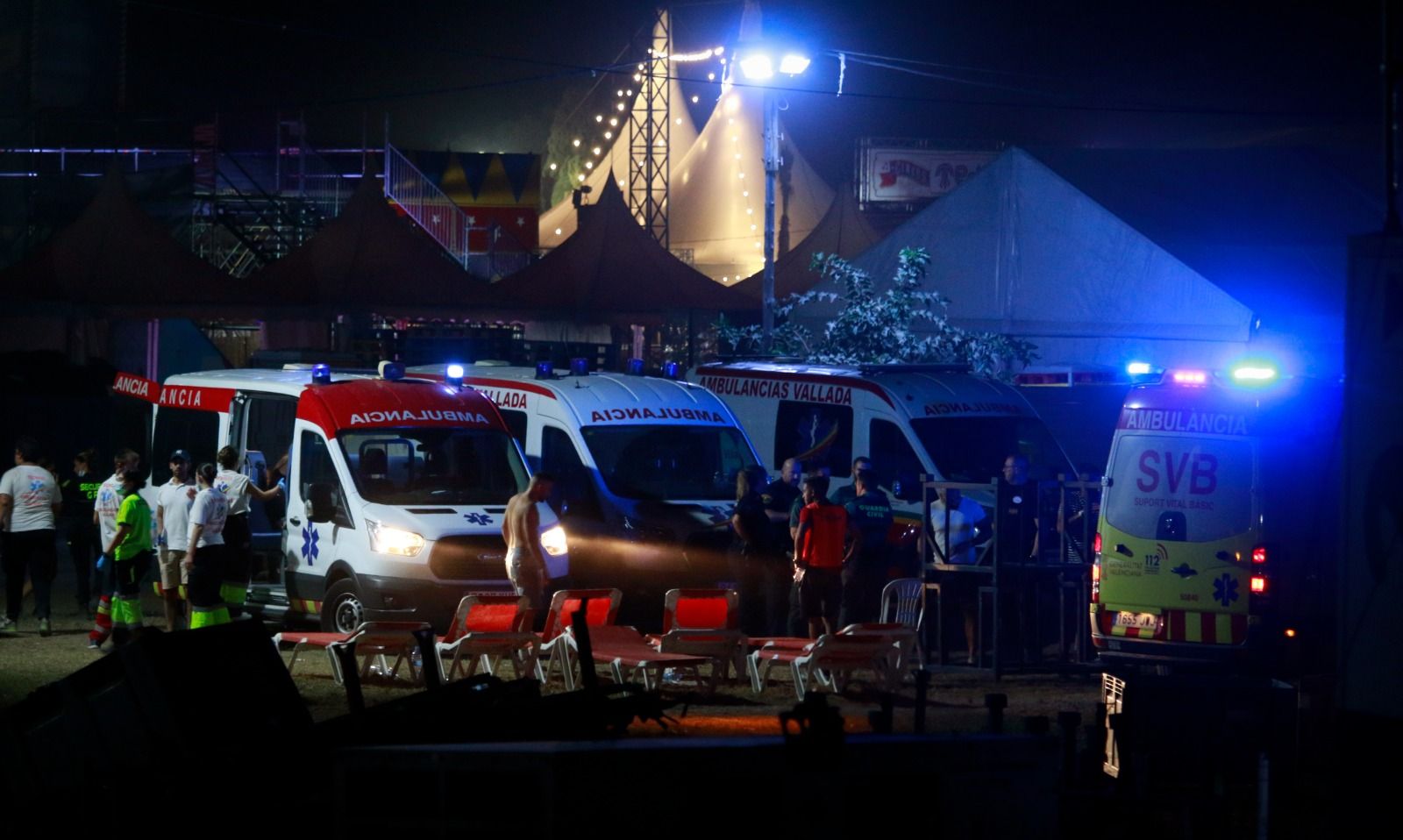 A 28-year-old man has died and twenty more have been seriously injured when part of the Rainbow stage fell onto members of the audience during the Medusa Festival that was being held in the Valencian municipality of Cullera.

According to the emergency teams, who moved dozens of ambulances to the scene, the incident occurred due to strong gusts of wind reaching up to 65 km/h.

According to sources at the festival the incident occurred at 3.30 am on Saturday morning when the wind caused part of the main stage and the entrance structure to give way, falling on the young people who had gathered to enjoy the many different concerts.

It initially fell onto a section of the crowd at the front of the audience but was then caught in a gust of wind which blew it across the area in front of the main stage, injuring many of the people who were gathered.

The Medusa has been held since last Wednesday on Cullera beach with thousands of attendees. The same sources report that there were moments of absolute panic when the scenery began to collapse.

Early on Saturday morning The Leader has been able to confirm from emergency service sources, the number of injured amounts to at least 21. Nine of them seriously. Most have been transferred to different hospitals in Valencia and to the Ribera, in Alzira.

The management of the festival, through a statement, has confirmed that they have decided to cancel the remainder of the festival, one more night of concerts on the different stages located on the Cullera beach.

The Medusa Festival site has now been evacuated as a “preventive measure” to facilitate the work of the emergency and security services. The Civil Guard, which is in place at the incident, is collecting more information about what happened.

The official statement said: “Due to the inclement weather that occurred during the early hours of August 13, and in order to guarantee the safety of the attendees, workers and artists gathered at the Medusa Festival, the Festival organization temporarily suspends all activity. The venue is vacated as a preventive measure in order to facilitate the work of the Medusa Festival emergency and security services.