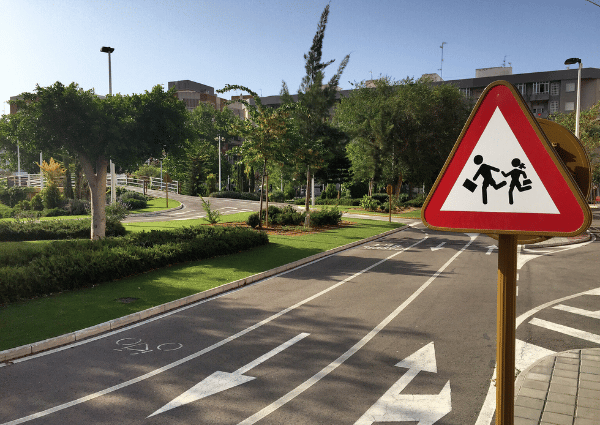 After two summers closed due to the covid-19 pandemic, the Parque Infantil de Tráfico Francisco Pérez Medina in Santa Pola has reopened its doors to the public.

“In general, more people are coming in the afternoons. We are usually at least 25 or 30 children plus their parents. It is an activity that we really wanted to recover because the children learn road safety by having a good time”, Ginés Rubio, police coordinator of the park says.

After its closure in the spring of 2020, the driver education talks given in Santa Pola schools began to recover in January of this year. At first, it was Agent Rubio himself who travelled to the educational centres to prevent the students from crowding into the Children’s Park, located on calle Burgos.

Admission for all interested children is completely free. Although the organisation recommends that you bring your own bicycles and helmets from home, although in case of need a limited number of items available for users.