The second-biggest fast food chain in the world has re-launched its Burger Roulette promotion. But at the time of writing, it appears to only be available in the UK. Are there any signs of this game arriving to Spanish shores, or is it only going to be of interest to expats going home for the summer?

Details of the Promotion

Burger Roulette is a simple game that lets customers spin a wheel on their Burger King UK app, with each spin costing £3. The incentive for doing this is that they could win one of the four premium burgers on the wheel. The maximum win is with the Steakhouse Angus, which has a normal retail price of £7.99.

It’s available from July 26 up to August 26, with customers able to enter the wheel to spin it just once a day. They then have to claim their winning burger within 15 minutes of activating the offer. There is no chance to change your winning burger for something else, so anyone with special dietary requirements is advised to give the game a miss.

The name of this burger-based game is obviously inspired by the famous table game of roulette. One of the oldest casino games still in existence, it involves trying to predict which number or color the ball will land on when the wheel stops spinning.

As we can see, this isn’t really all that similar to the Burger King promotion, which is more like a wheel of fortune type lucky wheel where you simply need to spin to see what you win.

The original game of roulette can be played online in other ways, such as by checking out sites like 777.nl. This online casino has titles like immersive Roulette Live, American Roulette Live, and Instant Roulette.

Each is based on the same basic game with some tweaks to the rules to appeal to different players, with some featuring live human dealers on the screen. 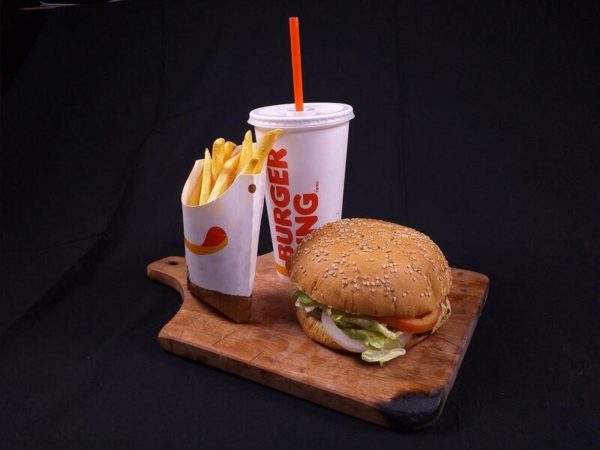 Will It Become Available in Spain?

At the time of writing, the only current mentions of this promotion online are from UK-based sites, including the official Burger King page. They ran something similar in Spain a few years ago, under the name of Ruleta de la Fortuna, which can still be seen on their social media posts.

However, perhaps they’ve decided that this type of offer isn’t right for the Spanish market after all. Their current details for Spanish offers include other types of promotions, such as those where consumers are encouraged to collect crowns and then exchange them for prizes. Another possibility is that it gets rolled out to other countries later, although there is nothing so far to suggest that being the case.

It looks like Spanish-based fans of Burger King will need to make a trip to the UK if they want to spin the wheel and try to win a premium burger for a low price. However, with a huge range of national and international restaurants across the Spanish coast and beyond, eating out here is always a pleasure anyway.