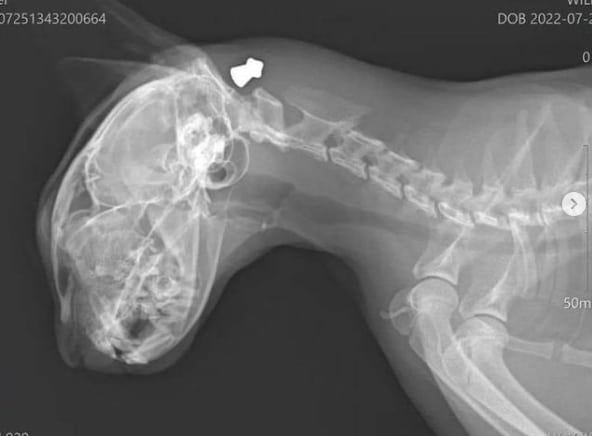 Crevillente town hall has denounced the appalling treatment that a local cat suffered at the weekend, after the animal was found having been shot in the head.

The town hall wants to make a call for attention against this kind of aggression that puts at risk and can even cause the death of these little living beings. In addition, they warn, animal abuse is included in the Penal Code as criminal acts and sanctionable, when weapons, instruments, objects, means, methods or forms that are specifically dangerous for the lives of animals have been used.

The noticed was issued after the owners of local cat, Willy, found him with a gunshot wound to the skull in the El Realengo area on Sunday.

The family has filed a complaint and the Guardia Civil in Crevillente, who have opened an investigation and are actively trying to identify the person responsible for the events.

The cat’s owners found him bleeding with a hole in his head and quickly took him to the vet, where he was successfully treated. The report describes a wound at the base of the left ear and a bump on the neck, caused by an air rifle pellet.