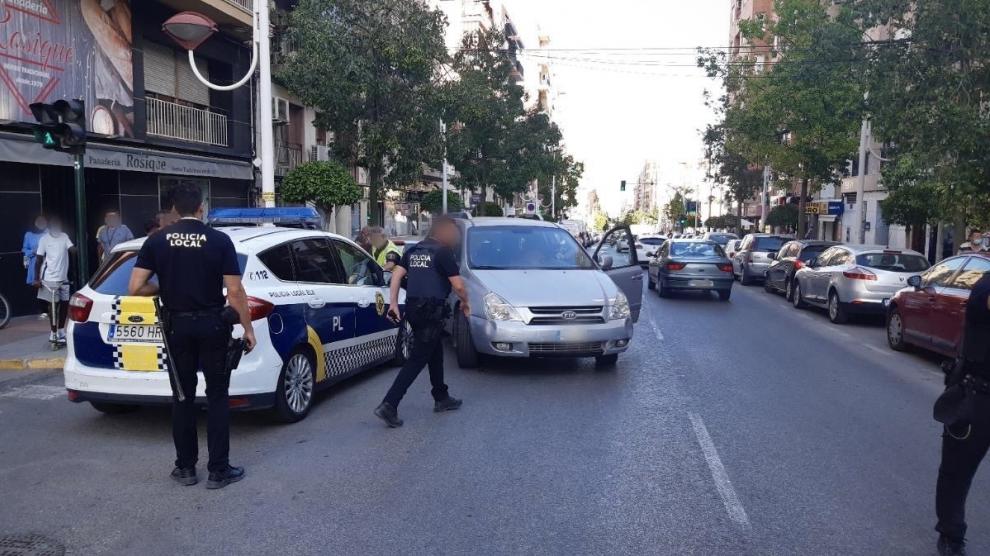 The Local Police of Elche arrested a 75-year-old man for allegedly dragging one of the agents who had come to attend to a minor collision with a pedestrian perpetrated by the person involved.

Although the incident occurred on Thursday, July 7, it has only just come to light this week.

When the patrol arrived at Avenida Novelda in the city, several witnesses reported how the driver reversed and hit a person who was walking on a pedestrian crossing, causing minor injuries.

After observing that the car had ended up colliding with another parked car, to assess the damage, the agents required the driver to release the handbrake and leave it in neutral so they could push it and separate them.

Ignoring the request, the driver started the engine and tried to escape, dragging the police officer who was next to the driver’s door with the vehicle.

After traveling about ten metres and struggling with the man, the agent managed to get hold of the steering wheel, although he could not prevent the car from colliding with other parked cars.

Following what would have been dealt with as a minor traffic incident, the driver was immediately arrested for a crime against road safety.