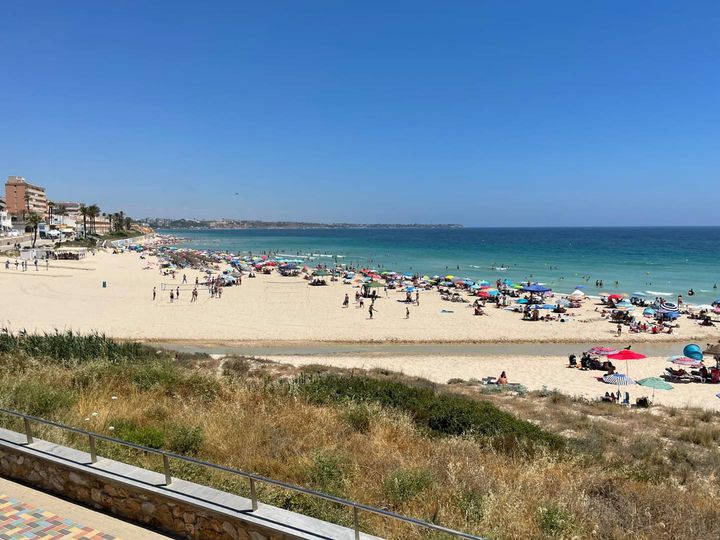 Pilar de la Horadada town hall has offered an explanation as to the state of the beaches in the municipality, which they describe as “exceptional” and “unfavourable”.

The Environmental Department has stressed that the lack of sand on all the beaches is as a result of the storms in March and April. Which were not very intense, but very long, and occurred on dates very close to summer.

As a result of those storms, authorisation was given for sand to be transferred to the beach at Mil Palmeras, something it hadn’t done for many years. More sand contributions have been made this year than any other year, and yet, despite that, “we have less beach”.

They also explain that as you walk into the sea from the beach you may now encounter “many stones”, which have always been there, but were not noticed or seen because they were previously covered by the sand.

There are also environmental concerns to consider, such as the presence of Posidonia, the famous algae, the “Decree 64/2020 of May 20 of the Council, for the conservation of meadows of marine fauna in the Valencian Community”, indicates that the algae must remain on the beach, and may only be removed in exceptional cases authorised by the Valencian Generalitat. The reason for this is that the seaweed offers benefits to the water and the beach, so it´s preservation is crucial to protecting the ecosystem.

Also, for every truck of Posidonia removed, the same amount of sand is also taken from the beaches, and so leaving it is favouring the shoreline, they say, which would conflict with the intentions of increasing the sand levels.

As for the playa del Puerto, the situation is considered quite different, because the sand and Posidonia accumulates because of a poor port design. The Posidonia has been removed, along with the sand, which is what has been distributed on the rest of the beaches, approximately 9,000 m3.

In short, the department explains that it is not a problem that can be solved with work but only by letting time pass, since we are dealing with a natural process. We are not facing the case of a swimming pool that we can act on as we please or desire.

That said, the town hall intends to carry out works to, little by little, recover the beach, although they are not enough to be appreciated significantly and immediately. However, thanks to those jobs, the beaches are much better in July than they were in May after the storms.