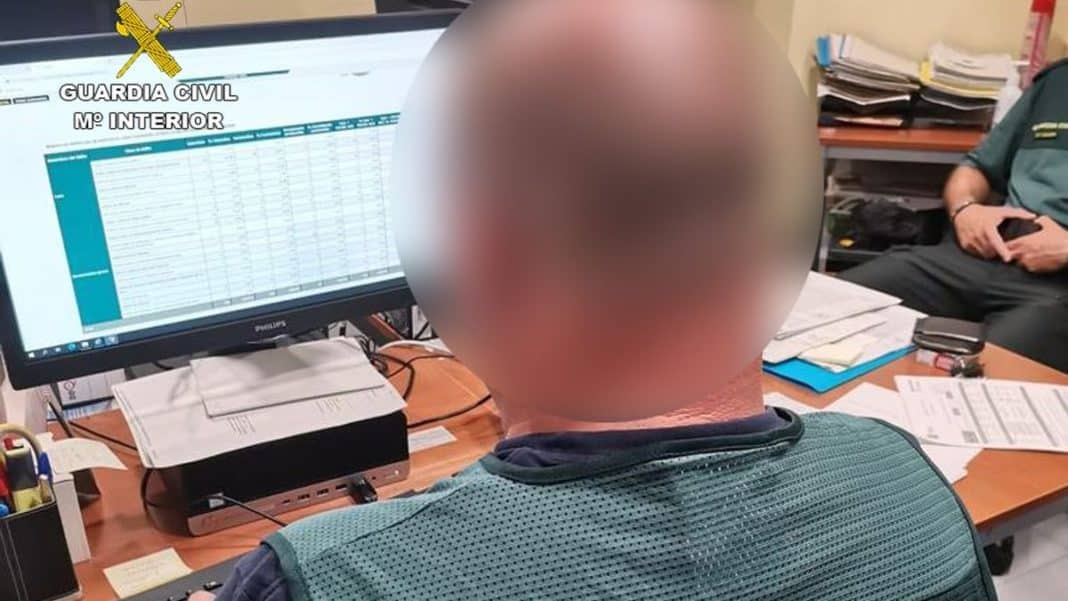 The Guardia Civil has investigated twelve people, arresting one of them, for defrauding at least 4,000 euro by refuelling at different service stations in the Mar Menor area and the Cartagena countryside, using a credit card that had been appropriated.

The operation, called ‘Yankee’, began in San Pedro del Pinatar, when a complaint was filed in which a citizen claimed to have been the victim of a scam by an employee.

Apparently, the victim had hired an acquaintance to carry out a series of jobs during the month of March, in which he had to use a tractor.

At the time of starting the work, the employee contacted the complainant because he had to refuel the tractor and did not have money. The boss handed him a credit card, gave him the PIN and informed him that refuelling could only be done at certain gas stations, and exclusively on days he worked and needed to refuel the tractor.

However, the employee did not carry out the work for which he was hired, but allegedly appropriated the card, using it for his own benefit and that of third parties, which caused damage to the cardholder of nearly 3,000 euro.

The agents located several service stations where they collected evidence of refuelling fraudulently paid with the complainant’s credit card.

With the clues obtained, the investigators were able to link the main suspect and a dozen other people with the refuelling related to the investigation, all of them paid for with the wrongly appropriated credit card.

Both the employee and the rest of the suspects took the opportunity to fill the tanks of their private vehicles with fuel, as well as tanks and large-capacity bottles.

Although the victim cancelled the credit card as soon as he detected the scam, the refuelling carried out to date amounted to around 3,000 euro.

Despite this, the detainee and some of those investigated went to six service stations, filled their private vehicles with fuel and left without paying, when an error occurred in the dataphone. They justified themselves using the excuse that their boss would come to pay or that they themselves would return the next day to make the payment. The sum of this part of the scam is close to 1,000 euro.

Once all the necessary evidence was obtained, the Guardia Civil established a search device on the suspects, which has recently culminated in their location. The main suspect has been arrested as the alleged perpetrator of the crime of misappropriation and fraud.

The remaining 11 people who have also used the credit card to pay have been investigated and proceedings have been instructed as alleged perpetrators of the crime of fraud. During the actions, in addition, the agents have intervened the credit card linked to the investigation, thus preventing the number of injured parties from increasing.

The Guardia Civil continues with the open operation to determine if there are more people involved. The detainee, those under investigation, the effects seized, and the proceedings carried out have been made available to the San Javier Investigating Court.