Preston netted through Ryan Ledson to lead 1-0 at half time, with Getafe netting two second half goals from Gastón Álvarez, to gain a 2-1 win.

The Lilywhites fans celebrated their summer jollies, having hit Benidorm 24 hours prior kick-off, to witness the historic fixture against Getafe, when Ledson scored after 2 minutes.

Aleñá and Mata were always a threat to the Preston defence, with Gastón Álvarez equalising on 50 minutes. It was Àlvarez who bagged the winner after 82 minutes to give Getafe their first win of the pre-season.

Preston’s Senegalese born defender Bambo Diaby, 24, formerly resident of Mazarron, who moved to Matarò, Catalonia, aged 4, and who played in the Segunda B division with UE Cornellà, featured.

Preston boss Ryan Lowe told the Costa Blanca and Costa Calida Leader: “We’ve had a fantastic time in Campoamor, with their superb facilities.

“I was here with my former club Plymouth Argyle and it’s good to be back in Spain with Preston.

“The fans are fantastic – for them to make the trip to Benidorm, before travelling to watch the game and some staying in the hotel – it’s what football is all about.

“All singing Preston North End songs, it reminds me of watching Liverpool away in Europe!

“Getafe are a good team and it was a good game against the La Liga side. The fans are massively important to the club, it’s not just about the players.”

*Andrew Atkinson spoke to Martin Hughes, father of PNE star Andrew, at Campoamor. Exclusive interview and photos coming soon. Only in The Leader. 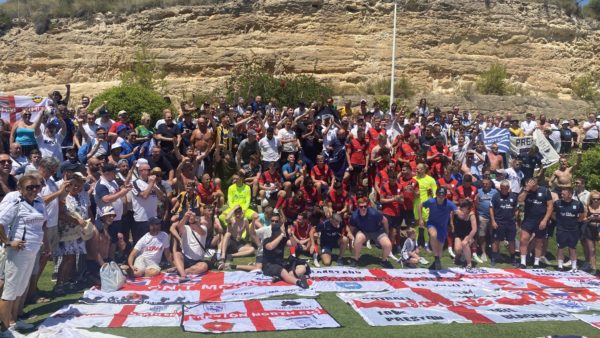