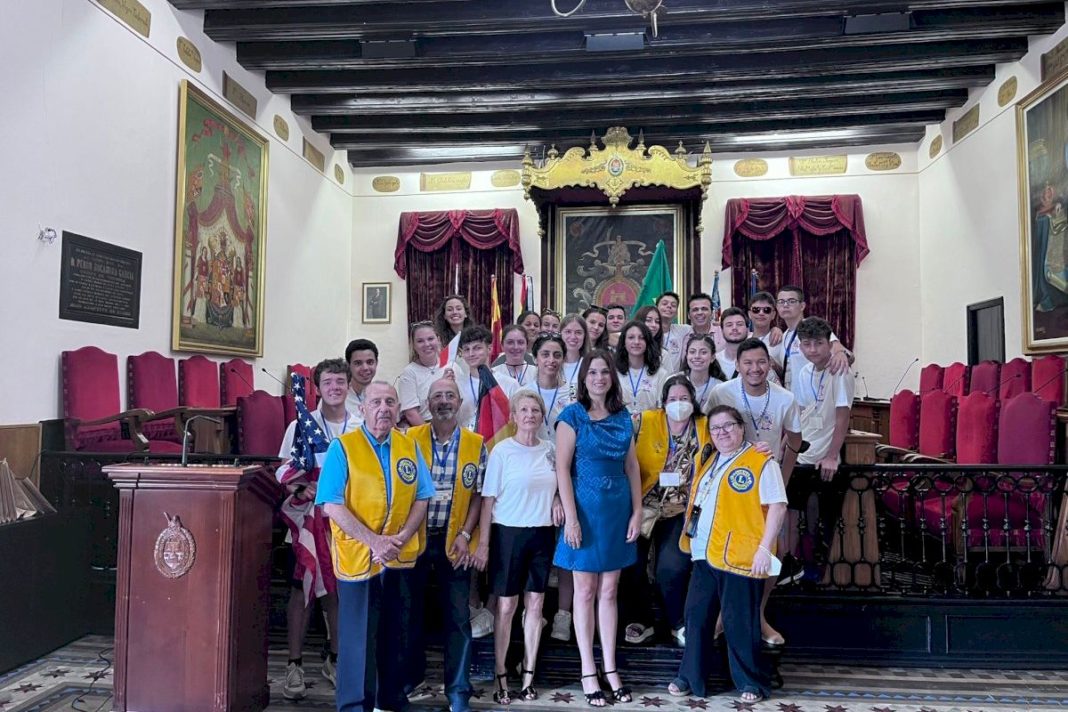 Elche´s Councillors for Tourism and Youth Carles Molina and Marga Antón respectively, received twenty young people of 13 nationalities from all over the world at the Town Hall, all of whom have visited Elche through an exchange organised by the Lions Club, and that this year takes place in the city of Elche from July 4 to 15.

Boys and girls between the ages of 17 and 21 from Tunisia, Algeria, Poland, Germany, Italy, Hungary, France, Turkey, the Netherlands, Belgium, the United States, Brazil, Serbia and Mexico represent their countries in this program with an important track record over 60 years old.

This is an initiative that will allow its members to learn more about the history of the town and interesting details of its most typical enclaves. For this, the organisers planned an intense program of cultural activities and visits to various places of interest in the municipality that stand out for their historical and environmental interest, such as El Palmeral, Calahorra and the beaches of Elche with the aim of learning about nature and the ornithological species.

Cryptocurrencies, although not currently at their strongest, have become...

By Sandra Piddock Hotel Algorfa is well-known in the local...

You Can’t Be Serious – McCarthyism is not the final solution …

Larry McCarthy, president of the GAA has to be...