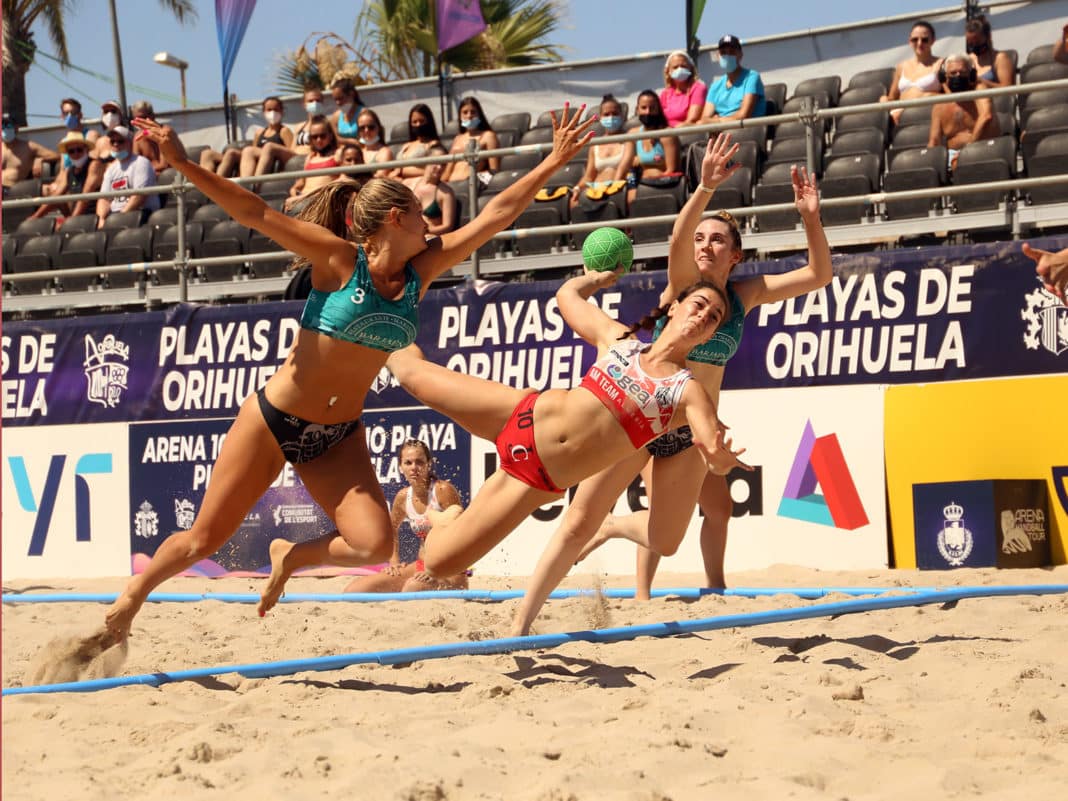 Orihuela will be the capital of beach handball in 2022 after the coastal zone was chosen as the venue for the National Championship to be held from July 28 to 31 at Cala Bosque de la Zenia beach.

According to Patricia Menárguez, Councillor for Sports in Orihuela, “it is an immense honour to host the Spanish Beach Handball Championship, it is magnificent news for our city, for those of us who work to promote sport; Orihuela is a town rich in cultural and historical heritage, appreciated for its natural environment and its beaches, since we are the second city in Spain with the most blue flags and which we await with open arms.”

During the official presentation of the event, the councillor thanked the organisers for choosing Orihuela as the venue for the Spanish Club Championship.

This important sporting event will host in Orihuela Costa 240 senior beach handball teams and base categories, 3,600 participants, 12 fields will be installed in the sand as well as stands for 1,200 spectators. Likewise, 12,000 overnight stays are planned throughout the region. Some data, Menárguez affirms, “that will represent a significant injection in the economy of Orihuela and Vega Baja, since it will benefit both the hotel sector, as well as others that, indirectly, will provide them with an economic injection.

The president of the Royal Spanish Handball Federation, Francisco V. Blázquez, who opened the event, assured that “we are very excited about the Arena Handball Tour this year, already leaving the pandemic behind, and we have to thank the Superior Council of Sports that we maintain the CESA Beach Handball”. In addition, “I am happy with the success of participation last year, with nearly 700 participating teams, 47% of them women, which speaks for itself of the promotion we do of women’s sport”. And all this “thanks to the human team of the RFEBM, to the Beach Handball plot, as well as to the sponsors; An exciting summer is approaching and we hope that the Beach Handball and the Arena Handball Tour will serve to attract sports tourism”.

For his part, the president of the Higher Sports Council and Secretary of State for Sports, José Manuel Franco, who closed the presentation ceremony of the Arena Handball Tour 2022, pointed out that “Beach Handball travels the peninsula from side to side ; we have to extract from sport the healthiest and noblest part, and its work for the tourist promotion that it carries out, because sport has a lot to do with the economy of a country”.

Orihuela Costa Deficiencies – Have your say