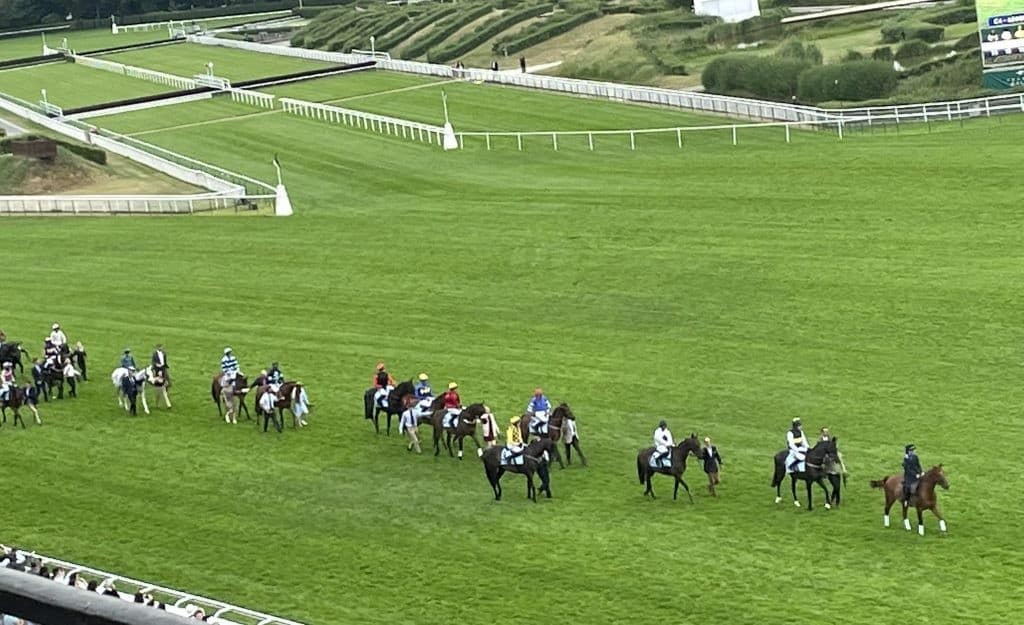 “When I saw him jumping the practice hurdle I said ‘he’s going to have to improve a lot’. He didn’t take it on and the further he went he wasn’t enjoying it. This is not his game,” said Mullins.

Al Boum Photo was attempting to become only the third horse to win the French equivalent of the Cheltenham Gold Cup, after Mandarin in 1962 and The Fellow in 1991.

“It was a real surprise Franco De Port ran well. We brought him here as a last resort, running over this type of a trip, and Danny gave him a lovely ride,” said Mullins.

“I think we better take the for sale sign off him as I thought coming over here that maybe this fellow was going to be for sale after this – and might not be classy enough for us.

“But he showed that he could be a Grand National horse – so we’ll revise our plans.

“My owners might fancy a crack at the Grand Steep next year, so we might just aim him for that rather than going the Cheltenham-Aintree-Punchestown route,” said Mullins.

“Burrows Saint jumped fantastic – but there was no spark there. That’s sort of the way he’s been running this year,” rued Mullins.

Sel Jem 5-2 favourite, under the umbrella of Hector de Lageneste and Guillaume Macaire, took the lead early in the home straight, staying on strongly under Johnny Charron to win.

“Seven wins now. I will probably be in the coffin when this record is beaten.

“Give me time to appreciate this success because the flavour is very special. We have a lot of time to think about other races.

“I’m really pleased. For the jockey it is the first experience at this level. It’s a great moment,” said Macaire.

“He was always going well. James was very confident and gave him time and it was a joy. For a young horse to to that well is very exciting for the future.

“I think come the autumn he’ll stay here – then we’ll think about maybe coming over to England in the spring.”