Requiring only a point from this final league match for play offs qualification, wild celebrations greeted the full-time whistle.  Never has a goal less draw been so enthusiastically received, as Thader are now just 3 games away from promotion to the Spanish national 3rd divison.

Preferente group 2 winners Patacona (a seaside town on the outskirts of Valencia) will visit Moi Gomez stadium on Sunday 22 May, ko 1130, for the 1st leg of the play-offs semi-final.  The 2nd leg will take place in Patacona on either 28 or 29 May.  If successful, Thader will then face a one-off match at a neutral venue, for their aim to be achieved.

Rayo Ibense arrived at a packed Moi Gomez stadium, already assured of play-offs, having been guaranteed a 2nd place finish.  Fresh from suspension, Pedro tested Ethan on 6 mins, one of many saves the Ibense keeper would make during 90+ mins of play.  Even though this match was a non event for Ibense, it didn’t stop them from employing rough stuff tactics, resulting in many bookings for their troubles.

Raul Mora’s men also picked up their share of cards, which would later lead to the dismissal of a key player.  Dani Lucas was unceremoniously bundled over in Ibense penalty area, but an offside flag denied a certain spot kick.

Quino should have opened the scoring on 25 mins, but Thader’s big no 9 headed wide from close range.  Fran embarked on a mazy run on the half hour mark, only for his fierce low shot to be saved by the over worked Ethan. 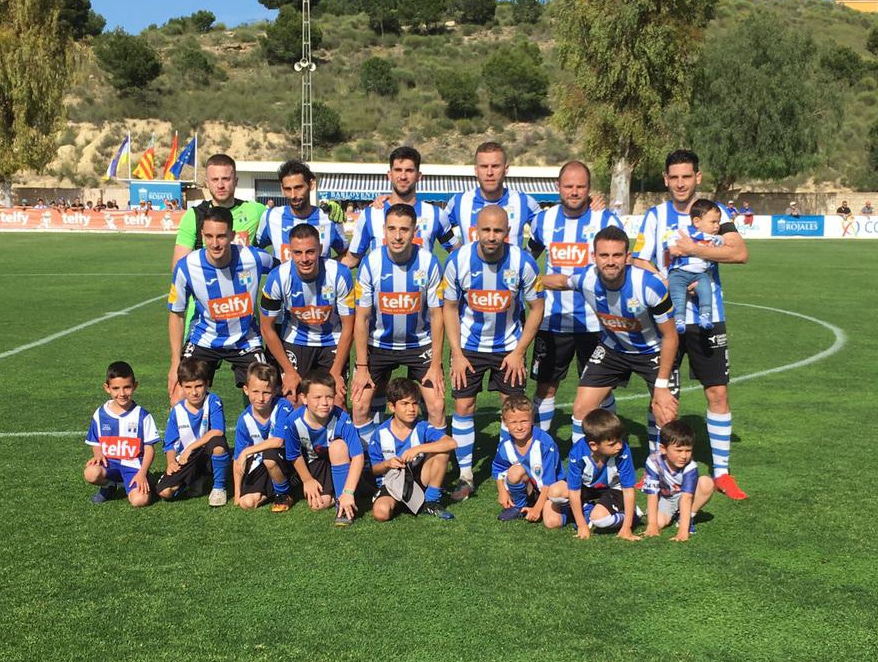 This pulsating match followed the same vein in the 2nd half, an early Dani’s long range free kick narrowly missing the target.  A well worked move on 58 mins, resulted in Pedro forcing a fine save from Ethan, as Thader employed relentless pressure on their opponents.  Substitute Calderon should have done better, when he headed wide of the far post from an in-swinging corner, before a potential game changing incident took place. 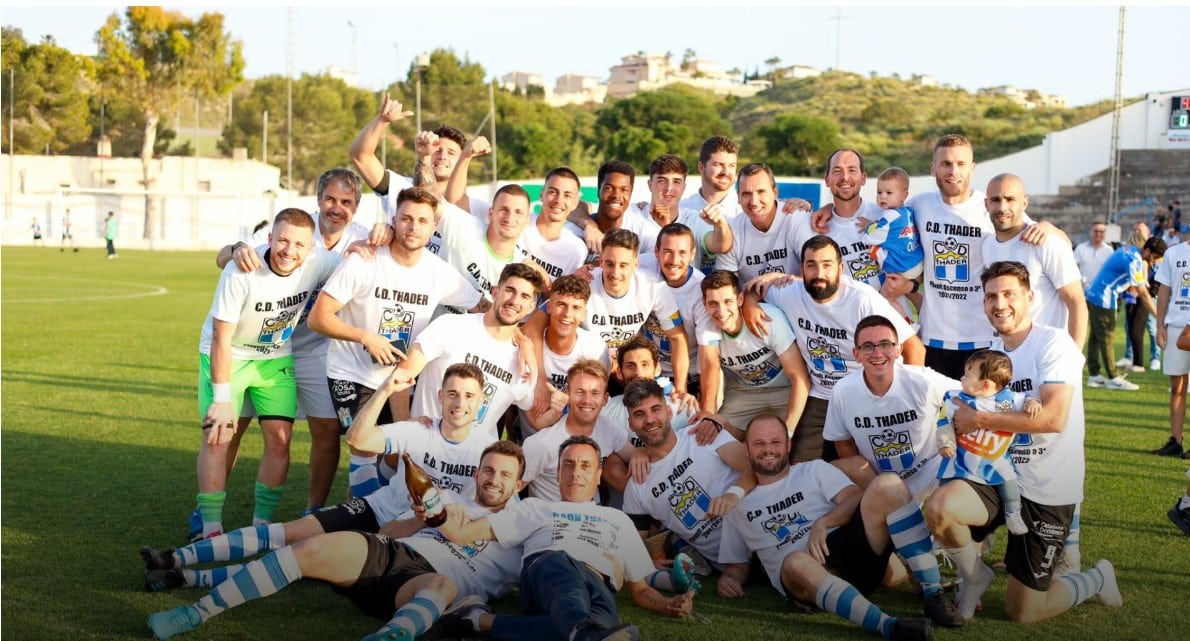 Having just received a booking some 2 minutes earlier, Pedro was shown a 2nd yellow card for a silly needless foul on 68 mins.  Not only did his team mates have to play out the remaining 22 mins without his services, but he will now miss at least the first leg of the forthcoming Patacona match.

A yellow card was brandished in the direction of Thader’s dug out on 79 mins, as frustration was at boiling point.  Deep in stoppage time, a goal bound Ibense effort was held on for dear life by Chema, who’d previously been a spectator for long periods of this enthralling match.

The first of potentially 3 massive matches for Thader, kicks off at 1130 next Sunday (22 May), when once again the town of Rojales will be buzzing with anticipation.  Why not come along and witness first hand what this friendly club has to offer?  I promise that you won’t be disappointed!!!