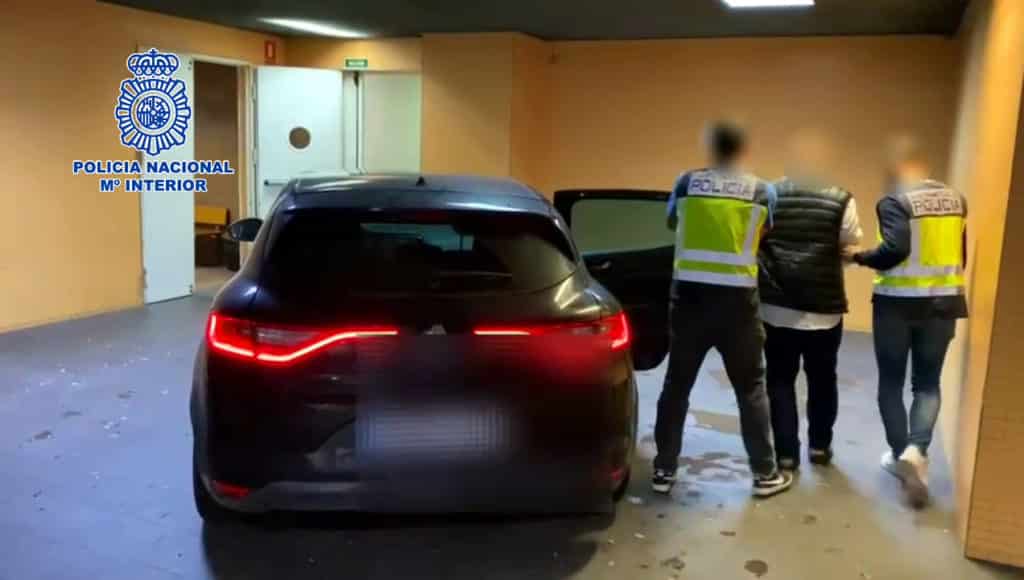 Officers from the National Police have arrested the alleged perpetrator of a crime of theft of a Ukrainian citizen, whom he intercepted on a public road in the centre of Alicante, posing as a police officer, taking the opportunity to search the victim´s belongings and steal a thousand euro that was being carried in a bum bag.

The victim, quite scared, gave it to him and the man began to search inside. However, finding nothing of value, he told the woman to open her coat to see what she was wearing underneath, avidly discovering that she was carrying a small bag hidden under her sweater, which the alleged perpetrator quickly requested, saying that the cocaine was hidden there, the woman handing the bag to the individual.

When the man discovered that there was a lot of money inside the bag, he began to inspect the bills, pretending to his victim was looking for traces of cocaine among them, all while he was talking on the phone, pretending to be reporting the event.

After this successful set-up perpetrated by the man, he made the woman see that he put the money back into the bag and handed it over to her, then telling her to go away and that everything seemed to be in order, but that she had to come back the next day at same time to the place with all your documentation.

The victim left there quite scared and worried about what had happened and when she arrived at her home, she realised that it had all been a ruse to steal the money, since the man had not put it back in the bag, but in a moment of distraction he took it away.

Immediately, the victim went to a National Police Station to report the events, with the Judicial Police Operative Group of the Alicante Central District Police Station taking charge of the investigations, who carried out steps aimed at obtaining images from a video surveillance camera in the location.

Thus, based on the description provided by the victim of the alleged perpetrator and with the images obtained, an extensive search device was quickly coordinated in the area, as a result of which the investigative officers managed to identify a man who fully coincided with the physiognomic data, complexion and clothing that were handled, for which he was intercepted and immediately arrested, although the man tried to flee and actively resisted arrest.

The detainee, of Romanian nationality, 46 years old, with numerous previous records, some for similar events, was placed at the disposal of the Court of Instruction.

The Mayor of Torrevieja, Eduardo Dolón, has held a...