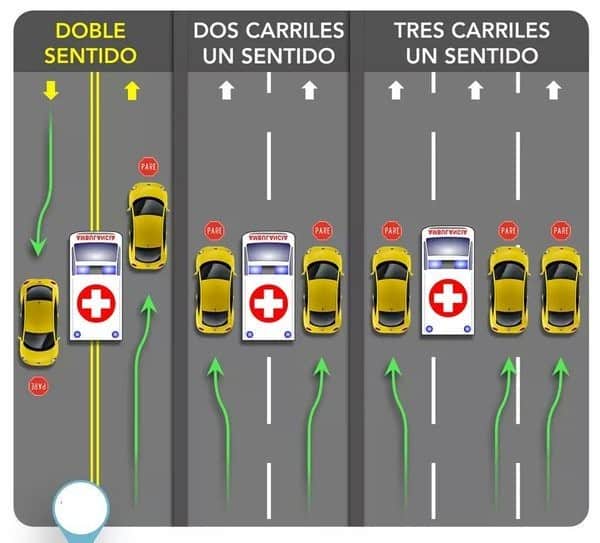 It´s never something any of us want to encounter during a drive, but occasionally we will come across emergency vehicles who need to pass us.

All too often this surprises drivers, sometimes cars barely move, they don’t make room and prevent the emergency vehicle from progressing. These are common situations for drivers of the emergency services who complain about the lack of knowledge of the general public.

By virtue of article 69 of the General Traffic Regulations, cars must facilitate the passage of ambulances, firefighters or police cars; Otherwise, they will commit a serious offense punishable by a fine of 200 euro.

To make their work easier and to save lives, a central corridor must be opened on the road, the so-called “emergency corridor”. Cars traveling in the right-hand lanes must pull over to the right-hand shoulder. Those who do it on the left, move to the left.

In the event of there being three or more lanes of traffic, the emergency vehicle will try to cut a path between lanes one and two, so those on the right must move over to the right, and those in lane one, move to the left.

It is also worth noting that Guardia Civil traffic and police vehicles may have blue lights illuminated all the time. This is part of their high-profile policing procedures. It is only when the blue lights are flashing that they are responding to an emergency.