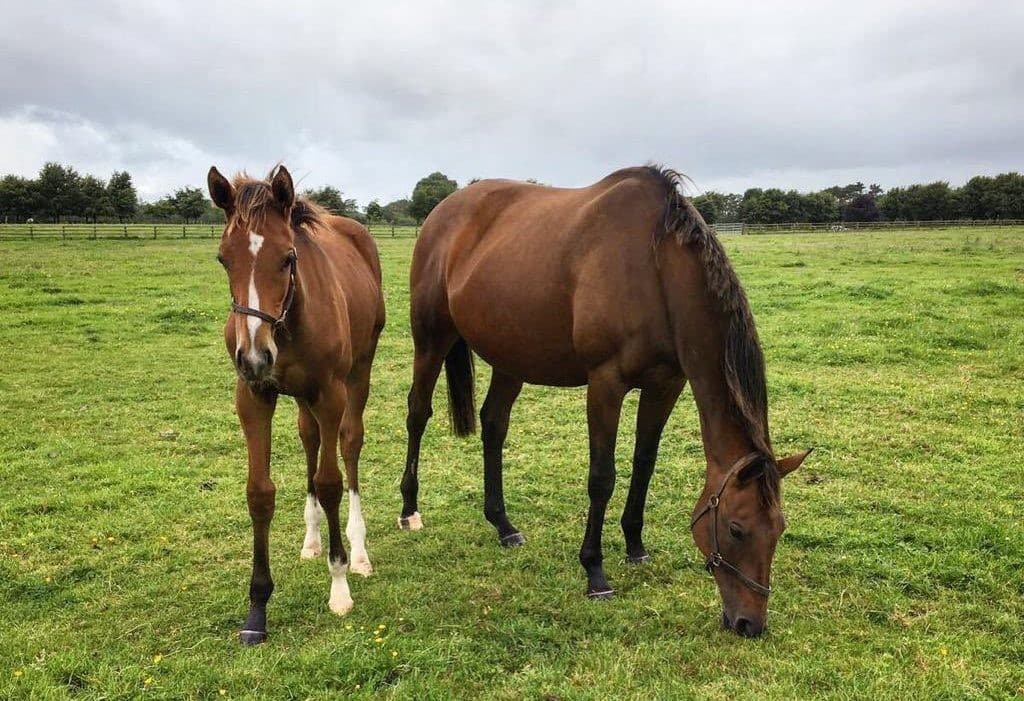 “He looks the real deal as we always thought – these conditions weren’t conducive for him to produce his best, but he still did the business,” said trainer Mullins.

The conditions lead to a delay of 12 minutes after a downpour of rain had left areas of standing water and false ground. After the course was inspected, three patches were dolled off.

Facile Vega powered up the hill to victory, ahead of American Mike, with James’s Gate, tipped each-way by fromthehorsesmouth.info, and Seabank Bistro, placed.

“I’ve compared him to Florida Pearl, who was a very good bumper horse, and that’s how highly we regard him.

“He’d be in the top percentage of our winners of this race. He’s very easy to train and we just keep a lid on him all the time. “He could stay at this trip or go over further, but we’ll think about that once he’s won a maiden hurdle.

“I don’t know how good he is, he covers an awful lot of ground – when he’s galloping – and he has plenty of speed,” said trainer Mullins.

Dual Grand National hero Tiger Roll was denied a historic sixth Cheltenham Festival win by stablemate Delta Work – on his farewell appearance in the Glenfarclas Chase, in a 1-2 for trainer Gordon Elliott.

Sections of the crowd were booing, due to Tiger Roll’s defeat, it being his farewell race in what has been a terrific career, as sneers, jeers and a chorus of boos after Delta Work defeated the legend.

Tiger Roll, lead from the 25th of the 32 fences in a tilt for a third win in the Cross Country Chase. But Delta Work, ridden by Jack Kennedy, thwarted Tiger Roll in the final strides to deny victory.

Owner Michael O’Leary, who announced it would be Tiger Roll’s final race said: “I’m disappointed. I don’t know what to say, I’m going to shoot Jack Kennedy when I see him!

“On ground that doesn’t suit him, that’s a Gold Cup horse that’s beaten him, and only just beaten him, after over three miles on ground he wouldn’t have liked.

“I’m sorry, I’m actually upset. I would have loved to see him win it. If I could have controlled it I would have.

“You have to throw as many darts as you can at the dartboard here – and hope something sticks. But, look, everybody here will get to celebrate Tiger today.

“This will be the last time they see him running on a racetrack and what a warrior he is. He’s a legend.”

Delta Work jockey Kennedy said: “I’d say a lot of people will hate me now – but it doesn’t really bother me.

“I thought I was always going to get there. To be honest, I thought the ground had gone for Tiger Roll and I was surprised at how well he was going.

“I suppose it was in the back of my head that he might not get up the hill as good as my lad on that ground. I actually expected to pick him up a bit easier, but my lad just ground him down in the end.

“I was schooling Delta Work here the other morning and I said to my brother afterwards that I’m going to be the most hated man in Cheltenham on Wednesday evening. I was right.

“He’s been very disappointing all season, but the switch to this cross-country racing rejuvenated him. I’m delighted.”

Trainer Elliott revealed: “To be honest, I’m not going to tell you a lie, I was shouting for Tiger coming down to the last.

“The wrong horse won and it would have been a dream come true if Tiger had won, but he did us proud and Tiger Roll made the race what it was.

“I wanted Tiger to win, I really did but, look, Delta Work won and it was a great race.”

Nicky Henderson trained Shishkin was pulled up in the Grade 1 Champion Chase, after the eighth fence, due to the ground conditions, under jockey Nico de Boinville.

It was a first defeat for Shishkin over fences and came on soft ground, with rain of 5mm of water applied to the track after racing on Tuesday. The going was changed to heavy after the Champion Chase.

“The plan was to pop out and be up there over the first and settle where we saw fit, but he just couldn’t get to them,” rued Henderson.

“Nico was dead right in pulling him up as there was no point subjecting him to any more. “You either go on it – or you don’t – when you’re into the real extremes and you never know until you run them.

“Shishkin appears to be perfectly okay. This was purely ground-related,” reasoned Henderson.

“I can understand why the decision was made to put water on the track – the jockeys felt it was getting quick towards the end of day one.

“I’m not blaming anybody, that’s for certain. It was going to be soft anyway and this rain would have made it soft – with or without watering. They’ve done their best and they took a decision and it is what it is, there’s no point crying or shouting about it,” said Henderson.