China’s national football team players who are tattooed have been instructed to remove any existing tattoos and strictly prohibited from getting any new ones, the country’s sports administration body has said.

Zhang Lingpeng who plays for China’s national team has been asked to cover his tattoos.

Zhang, who currently plays for Guangzhou in the Chinese Super League, is nicknamed Zhangmos for his similarity in looks and playing style as Sergio Ramos. 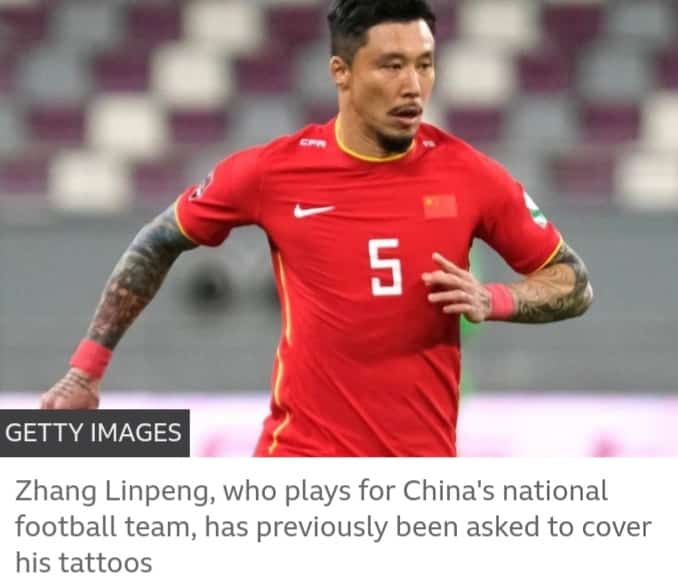 Italian manager Marcello Lippi described him as the best Chinese footballer in the Chinese Super League.

Zhang worked his way up through Chinese youth teams, playing for the Chinese under-20 national team in the 2008 AFC U-19 Championship where he captained the team to the quarter-finals.

He played in the Chinese under-23 national team in the 2009 East Asian Games with Zhang’s performances considered good enough for then manager Gao Hongbo to unexpectedly call him up to the national team and a member of the squad that won the 2010 East Asian Football Championship.  He then established himself as a regular for the team that took part in the 2011 AFC Asian Cup.

A China Sports Administration statement, said: “Players in the national team are strictly prohibited from having new tattoos. Those who have tattoos are advised to have them removed. 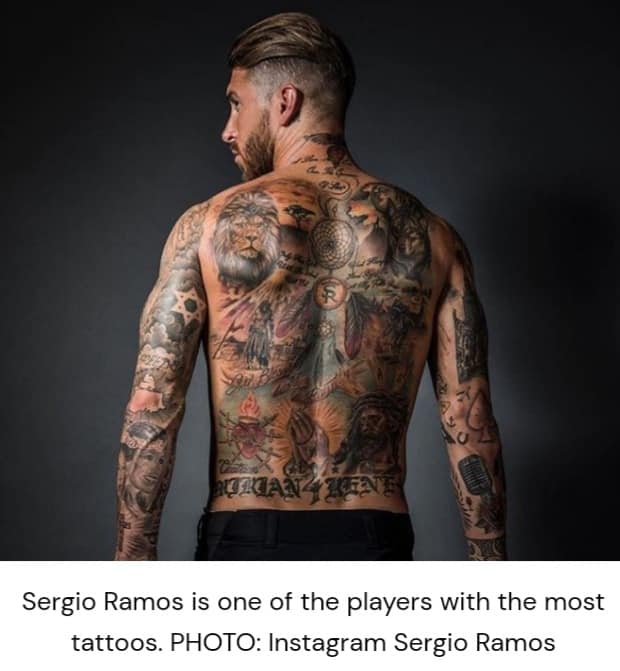 “In special circumstances, the tattoos must be covered during training and competition, with the consent of the rest of the team.”

The under-20 national teams and those at a younger level are strictly prohibited from recruiting anyone with tattoos.

Body ink is traditionally frowned upon in China with the Chinese Football Association ordering players in the national team to cover tattoos and sent young footballers to military camps for drills and Marxist-style thought education.

President Xi Jinping wants China to host – and win – the World Cup in the future, being fifth of six teams in their qualifying group for the Qatar 2022 World Cup, with only the top two guaranteed to qualify.

Former Real Madrid star Besiktas was at the forefront of being tattooed in football.