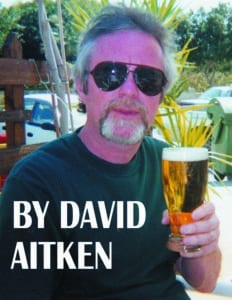 Viruses and their variants are starting to act like stowaways.  For those too young to know, stowaways concealed themselves in passenger vehicles in order to be transported secretly without paying their fares.  Our  present stowaways don’t remain undetected for long, fortunately.

The coronavirus people-hops faster than a hobo jumping on a freight train.  ♫You can’t jump a jet plane like you can a freight train, claims Gordon Lightfoot, although modern viruses seem to have managed that easily enough.  Infection utilises us as its passenger vehicles, adroitly blindsiding the airport check-in system.  We have become its boarding cards!

There have always been stowaways of one sort or another, in cargo holds, engine rooms, empty containers, and — heaven help them — inside the landing gear of planes.  Probably even in wagon trains, but we don’t speak about that side of my family.

As long ago as 700 BC, people were trying to hitch free rides on ships in the eastern Med.  The penalties for those who were caught were unpleasant, bordering on death — men thick as two short planks were made to walk one of them.

Once air travel arrived, so did more stowaways, mainly on non-international flights requiring no passport.  They weren’t usually prosecuted, since the resulting publicity might encourage other people who were a few blades short of a propeller.

One stowaway who made it as far as New York on Air India was spotted by a police officer looking ‘lost and disheveled on a sidewalk.’  A person like that stood out in New York?  Really?  And people have survived 10-hour flights in the wheel wells of Boeing 747s, their survival likely the result of hypoxia and hypothermia (not a Greek dancing duo) which put them in a state of suspended animation, like Dave Lister in Red Dwarf.

In 2000, a Cuban man made it from Havana to Paris inside a cargo container with only a nosebleed, the Cuban not the container.  It must have been a bumpy night, and he couldn’t even fasten his seatbelt.  And in 2012, an 11-year-old didn’t want to go to school in Manchester, so he went to Rome instead, the unruly lad.  I don’t imagine he found the schools in Rome any better, except for the afternoon siesta.  And the pasta.  And later, the immigration officials.

And then, of course, there was the stowaway who fell from the sky in 2015 in West London, at the point where planes open their undercarriages prior to landing at Heathrow.  “Oh, Hamlet, what a falling-off was there!” as Old Hamlet’s ghost laments.  Was he on the plane as well?

To return to our muttons before the cows come home: how can we rid ourselves of our own widespread silent stealthy mutating venomous stowaways?  Unlike traditional fellow travellers, with their sometimes adventurous methods of stowing away, the virus is essentially colourless, suspended somewhere between the dead and the living.  A freeloader without a single redeeming quality.

You are an almighty bore, coronavirus, it makes us want to say, why don’t you shrivel up and die?  Get out of town!  And while you’re waiting for your vaccine to arrive, I can recommend several active volcanoes that might welcome you as a stowaway.