Youth players 16-year-olds Romeo and Miguel have been promoted to the first team squad making their debuts this season.

Racing San Miguel suffered a 2-0 defeat against Sporting Dolores CF who move up to eleventh place in the table, with Racing dropping to thirteenth.

In the Valencia 2nd Regional G16 FB Redován CF B bagged five goals in a 5-3 win at home against Callosa Deportiva CF to move up to sixth place.

Formentera CF and CD Horadada took a point apiece in a goalless draw. Sporting Saladar earned a point in a 1-1 draw against visitors Atletico Benejuzar A.

League leaders UE Crevilente FB ‘A’ hit 12 without reply away at bottom club The Burnham Warriors.

CD Altet returned a 3-0 away win at Elche Dream CF B to move into seventh. Bigastro CF gained a 1-0 win at home against UD la Coca Aspense ‘B’, edging up to fourth place in the table. 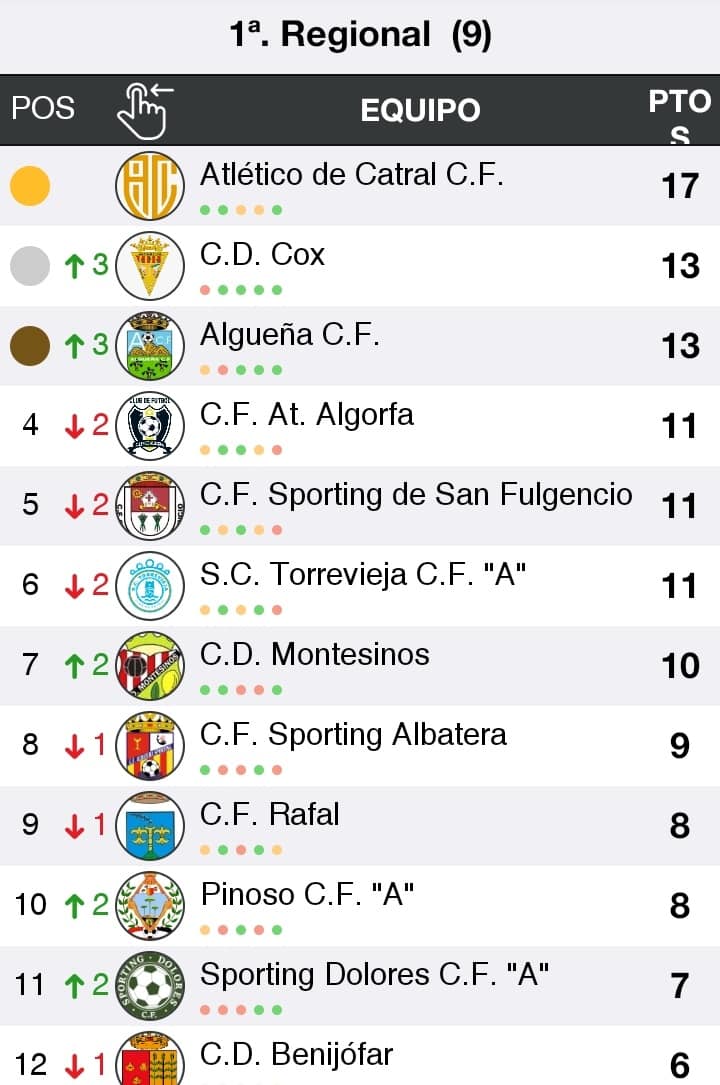