On Wednesday, July 7, the football pre-season began for Pinatar Arena, which once again will breaks all its records, with more than a dozen training camps by first-class teams, both Spanish and foreign, which will play more than thirty friendly matches during their time at the centre. 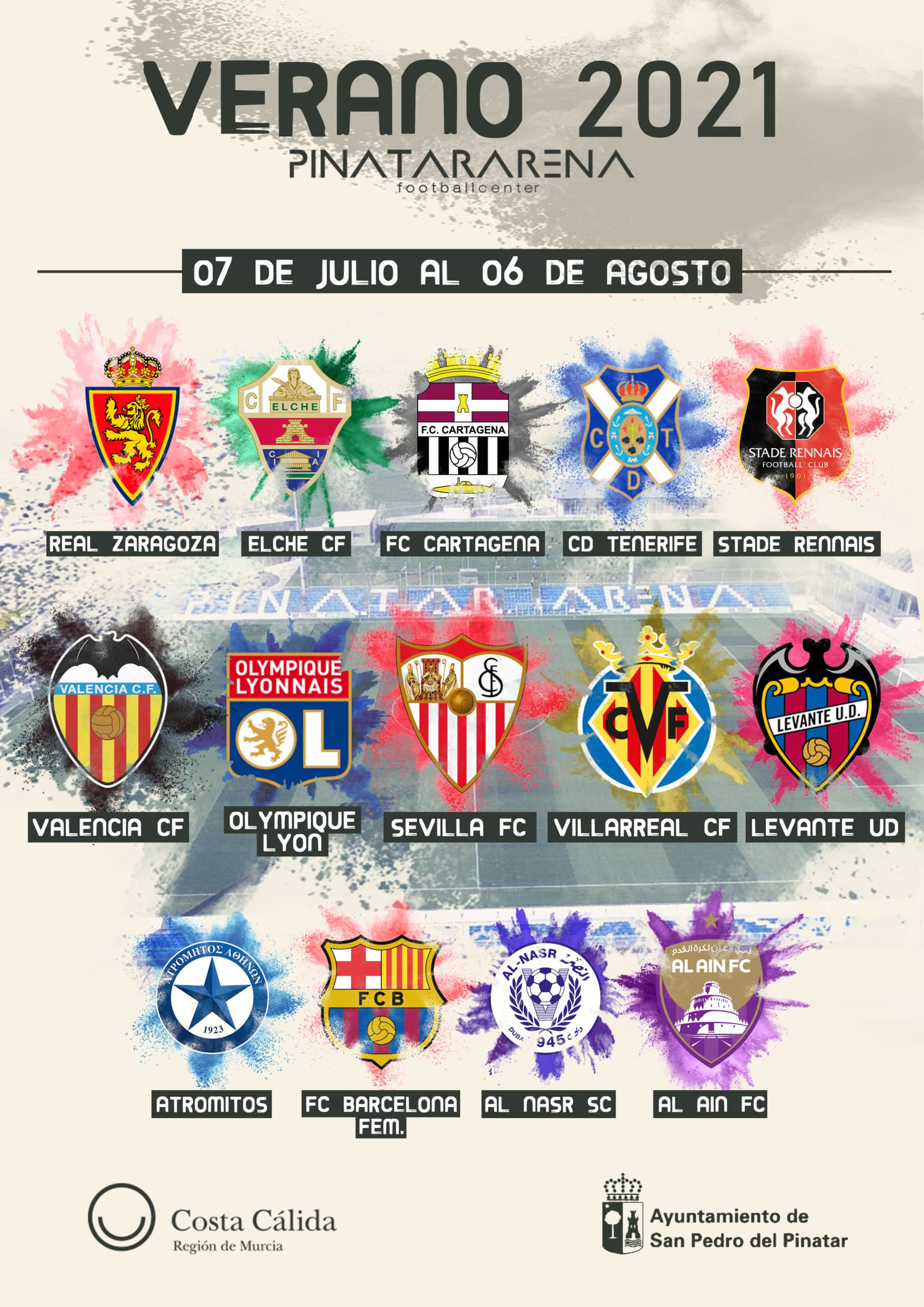 In addition to Elche, 4 other Spanish La Liga teams will use Pinatar Arena for their pre season. Sevilla, Villarreal, Levante and Valencia return to San Pedro del Pinatar to prepare and to play games. Deportivo Alavés and Getafe will also visit the centre for friendlies.

From the 1st French Olympique de Lyon, will be in Pinatar and for the first time Stade Rennais will visit.

Two teams from 1st Division in the UAE will also carry out their preparations, Al Ain FC from Rebrov and Al Nasr SC from Ramón Díaz.

Atromitos of 1st Greek Division, managed by the Spaniard Ángel López will be the first team from Greece to use Pinatar Arena, and also for the first time Juan Ignacio Martínez’s Real Zaragoza will train alongside CD Tenerife.

The current champions of Europe, FC Barcelona Feminino, ​​will be the first women’s team to summer at Pinatar Arena along with more than a dozen other 1st-class teams that have chosen to use the facilities.