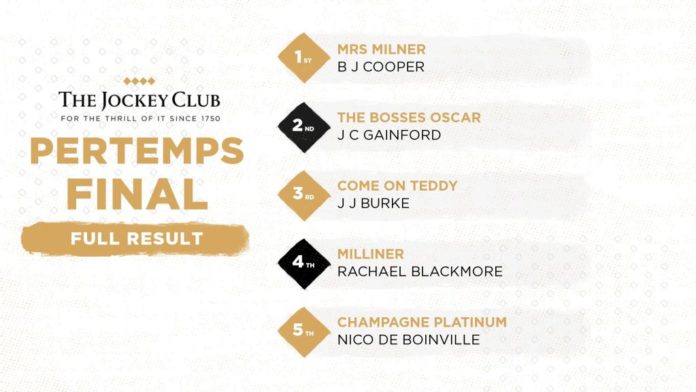 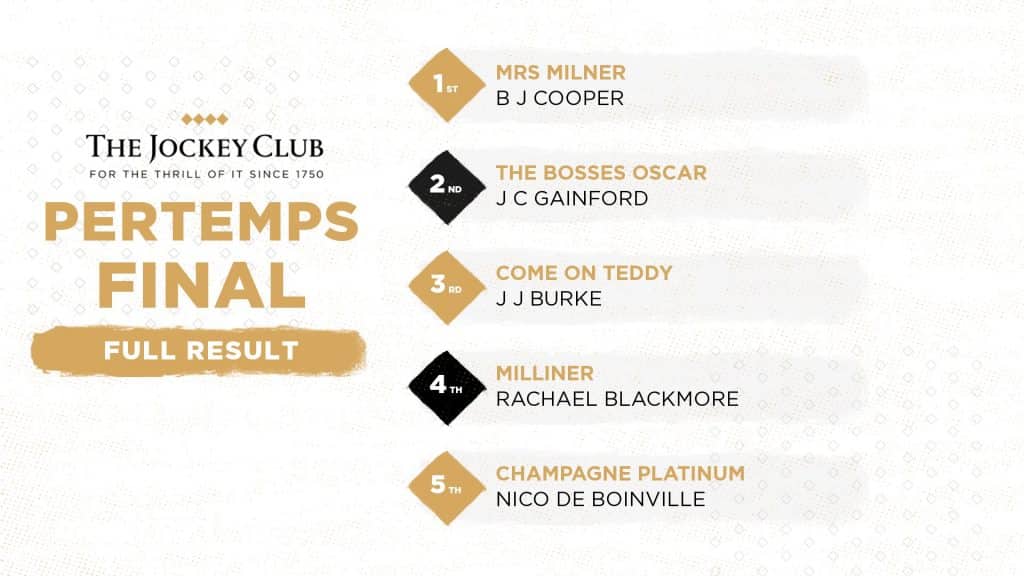 Winning jockey Bryan Cooper said: “It’s great. It’s been a lonely couple of years walking out of here without any winners. I can’t thank Paul Nolan enough for standing by me the last three or four years.

“I’m so happy to be back on the biggest stage and riding for Willie Mullins this week as well.”

Cheltenham Festival headliner Rachael Blackmore rode Willie Mullins trained Allaho to victory in the Ryanair Chase, to chalk up her fourth winner of the meeting, underlined with an historic win on Honeysuckle in the Champion Hurdle.

“For a jockey, when you’re getting legged up on these kind of horses for Willie Mullins, and Henry de Bromhead, they just know their job.

“It’s fantastic. He was just jumping and travelling. He’s just a real galloper, that’s how I rode him.”