The return of football could be set for March, under the optimal sanitary conditions set by the Ministry of Health, said the Minister of Education, Culture and Sports, Vicent Marzà, in a ceremony at the Jaume I University of Castelló.

“From a sporting point of view, what we want is that the more physical activity returns, the better, but we adapt to what health says”, said Vicent Marzà.

Sport is one of the sectors that will begin to return to activity as of March 1, the date set to start the de-escalation, if the conditions and figures derived from the pandemic  are favourable.

At the turn of the year Preferential Regional to grassroots football have been in a period of inactivity, with the postponement of fixtures and training, with some clubs training via video links.

The Regional Minister of Health, Ana Barceló, and the Minister of Education, Vicent Marzà, held a meeting to set a series of meetings with different representatives of the Valencian sports sector.

The FFCV has called for the return of territorial soccer and futsal through various campaigns, with measures related to the return of competitions in the Valencian Community, by staging a two-week mini pre-season so that players can adapt to returning to action.

During the lockdown one of the clubs training via video link was Valencia 1st Regional Group 10 Racing San Miguel. Goalkeeper Pablo Martinez Galvez was featured on Radio Orihuela Cadena SER about the virtual preparation.

One of the clubs hit by the coronavirus lockdown is CD Murada who gained promotion in 2019 an were congratulated at an official reception of the staff and directive at the Orihuela City Council by the mayor Emilio Bascuñana Galiano, Mayor of Orihuela, and Councillors Sabina Goretti Galindo and Víctor Valverde Sáez, following promotion to the Preferential with the signing of the Orihuela Honours Book. 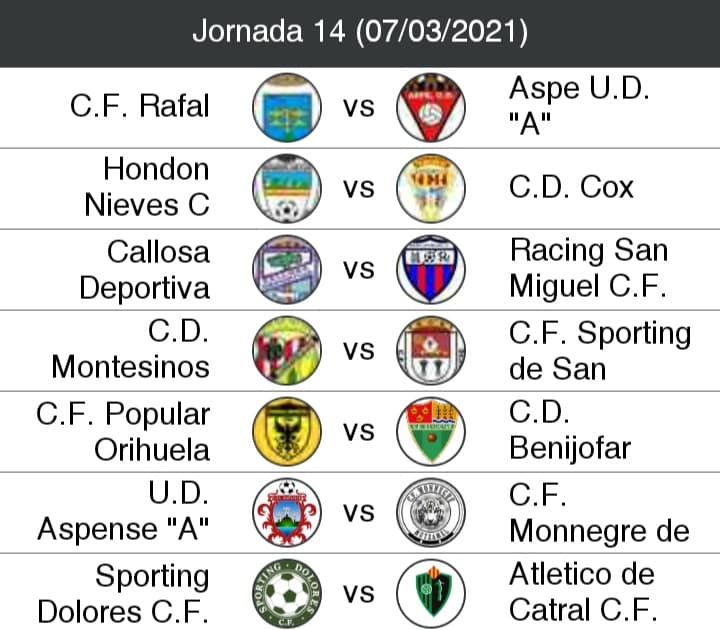