Almost before it has begun the 66th International Competition of Habaneras and Polyphony of Torrevieja is already bearing down on its final night. Following just three performances, all with exemplary organisation, the choral event that best identifies Torrevieja’s culture, has managed to project a clear message of optimism in the future and a commitment to music from the Eras de la Sal

On the third and, therefore, penultimate evening, three soloists accompanied by piano and a choral ensemble gave a performance similar to the one that was staged the night before.

The public enjoyed great musical quality, with deeply rooted habaneras, an example of which, the soprano Mireia Dolç, winner of the audience award, offered what is considered to be the most international Havana: ‘La Paloma’.

Her voice shared the stage with that of the Crevillent soprano Luca Espinosa and the tenor José Manuel Delicado. The accompaniment was in the hands of the Torrevieja master Jorge Carrasco. 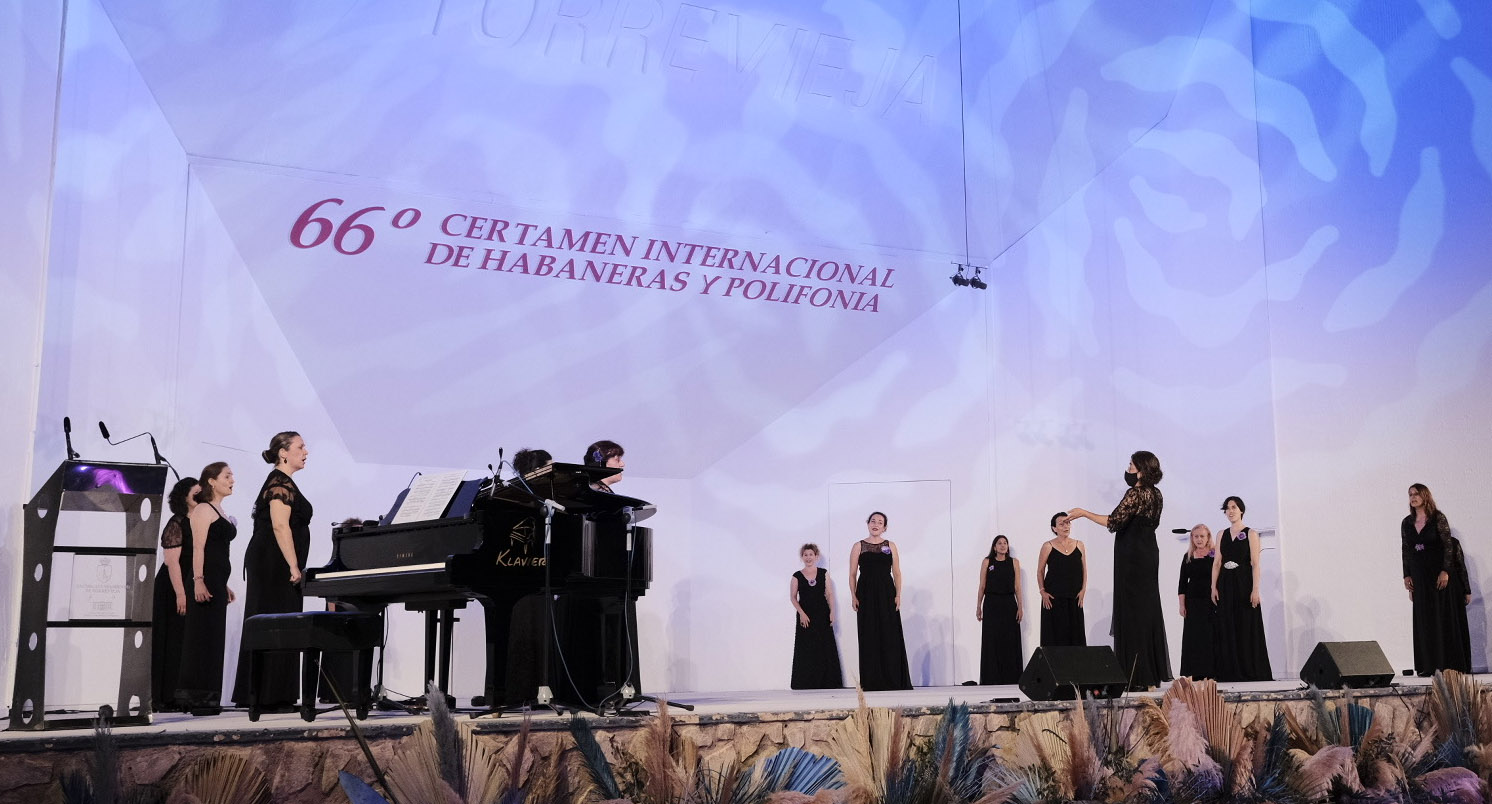 The featured choir was VokalArs, from Madrid, presenting a timbral sound with its own personality, with conductor Nuria Fernández Herranz, one of the most prestigious choral directors at the international level. A purely Havanan program, where many older works were combined with songs that were much more modern.

Despite the composition of the Contest, the variety has been the highlight of this edition: choral performances included a young choir, one mixed and one female, while the soloists featured sopranos, tenor and baritone.

Among the guests at the Friday evening performance was Ramón Gil, president of the Spanish Choral Association, who spoke of the ability of the musicians to reinvent themselves and to adapt to adverse circumstances.

Roberto Sellés, Artistic Director of the Choral Contest of Cocentaina and composer of ‘Canta Mar’, thanked the Board of Trustees for its ability to combine the musical culture of La Habanera, with a sanitary and safe and pleasant environment.

The Contest closes on Saturday with a gala of lyrical soloists from Torrevieja together with the Torrevieja Symphony Orchestra. The sopranos, Cora Sánchez and Concepción Pérez-Boj and the tenors Francisco Moreno and Alberto Ballesta will alternate for a very special closing.