As almost six million children were able to leave their homes for the first time in 42 people took to social media to express their anger at the abuse of safety regulations by thousands of people across the whole country.

Hundreds of images from the country’s major cities were shared on social media pages showing people ignoring safety regulations: social distancing and personal hygiene as they mixed together on beaches and in parks in total ignorance of the government measures.

There was little evidence during the first day of this relaxation that many people were complying with the safety regulations as they bathed, played games together and walked along hand in hand with little or no regard for the new government order.

This has been denounced by many across the country through the hashtag # Niñosenlacalle , which became a ‘trending topic’ in Spain.

In Alicante the City Council took to Twitter to appeal to its residents warning people of the numerous breaches, the closure of parks and beaches, although these were largely ignored. 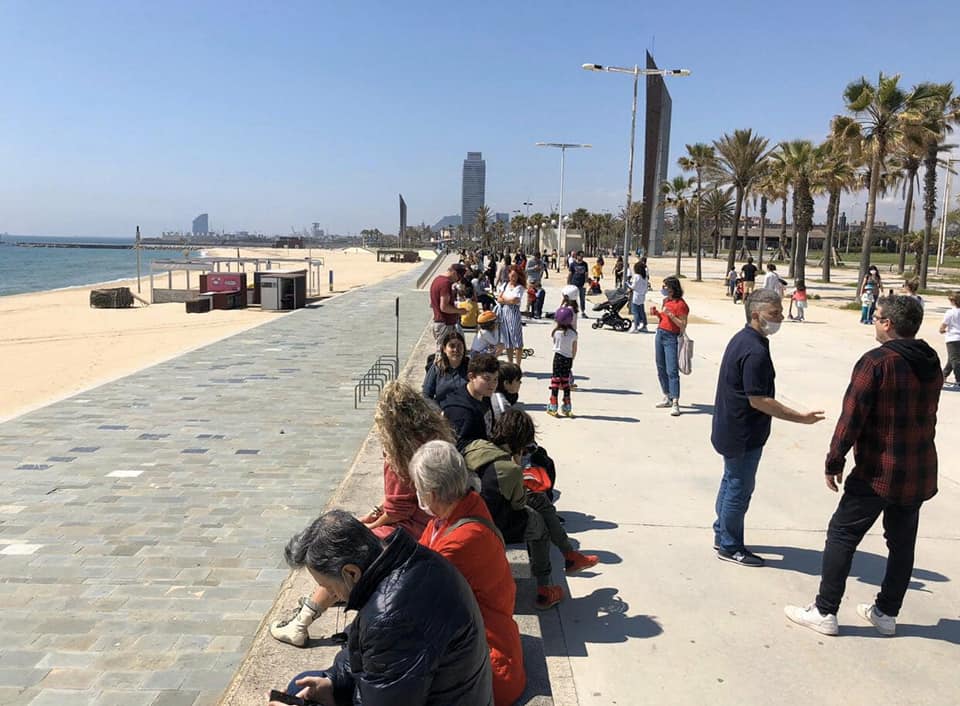 The rules were quite clear, respect the safety distances and do not play with other children. But these instructions were not fulfilled and the Police had to intervene in many areas to avoid any crowding in addition to warning both parents who were out with their child.

It certainly seemed as though failure to comply with the rules was widespread with people ignoring the one kilometre rule and taking to their cars to travel to the beaches where, in El Campello and Santa Pola, they were open.

Although the decree was clear, many families totally ignored it, especially in some of the larger cities such as Barcelona, Bilbao and San Sebastian.

Throughout the entire day you could see entire families with their children, some trying to circumvent the rules with the father walking with one child and the mother with another lagging behind.

There were also many older people walking alone and even sunbathing on the benches, parents taking advantage as they played sports, children together playing football with friends, groups of people with their children totally ignoring social distancing and appropriate security measures.

The number of irregularities were such, on this first day of relaxation, that police largely ignored the issue of sanctions which would have seen them completely over run.

In other areas, particularly in much of the Vega Baja, the law was more generally applied with little, or no evidence, of the disappointing scenes seen elsewhere. The mayors of Alicante and Elche both said that they considered the degree of compliance with the rules to have been “acceptable”, but they appealed to the responsibility of the families so that this week there is no setback and the area continues to meet the parameters needed to start the expected de-escalation.