The Minister of Transparency for the Valencian Government, Pérez Garijo has described as “unacceptable” the fact that man public spaces and buildings in the city display commemorative plaques with the name of the disgraced mayor Pedro Hernández Mateo

The minister has now sent a letter to the mayor of Torrevieja, Eduardo Dolón, in which she urges the City Council of Torrevieja to remove  the plaques throughout the city that bear the names of people who held public office and who were subsequently convicted of corruption cases. 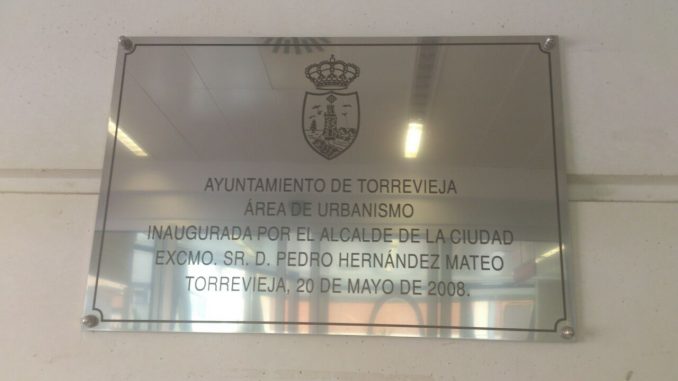 Pérez Garijo has described as “unacceptable” the fact that these commemorative plaques continue to be displayed in many public spaces. The city of Torrevieja has them located in public buildings, many bearing the name of Pedro Hernández Mateo, who was convicted by the courts of corruption, subsequently spending 3 years in prison.

“We cannot allow in our fight against corruption, that our villages and towns continue to display plaques that pay respect to people who committed corrupt practices, and who did while holding institutional positions,” said Pérez Garijo.