“This is the last straw. There is no more room for excuses,” said the mayor of Los Alcázares, Mario Pérez Cervera, after yet another dark night had caused widespread flooding to the town.

What has at first seemed like a ‘controllable’ amount of rain at the end of the afternoon, with much less force than September, quickly became a new disaster as the morning progressed, with muddy rivers running down the streets towards the town centre in the direction of the Mar Menor.

The lagoon has again received many tons of mud that have intensified the brown colour of the water of which there were still traces from September.

“This is the last straw,” Pérez Cervera said, following the fourth flood in two years, as many residents are still trying to recover from the floods of 2016. The mayor said “there is an urgent need to divert the Rambla de Balsicas, which we have denounced and denounced time and time again, not only me, but also the former mayor.” 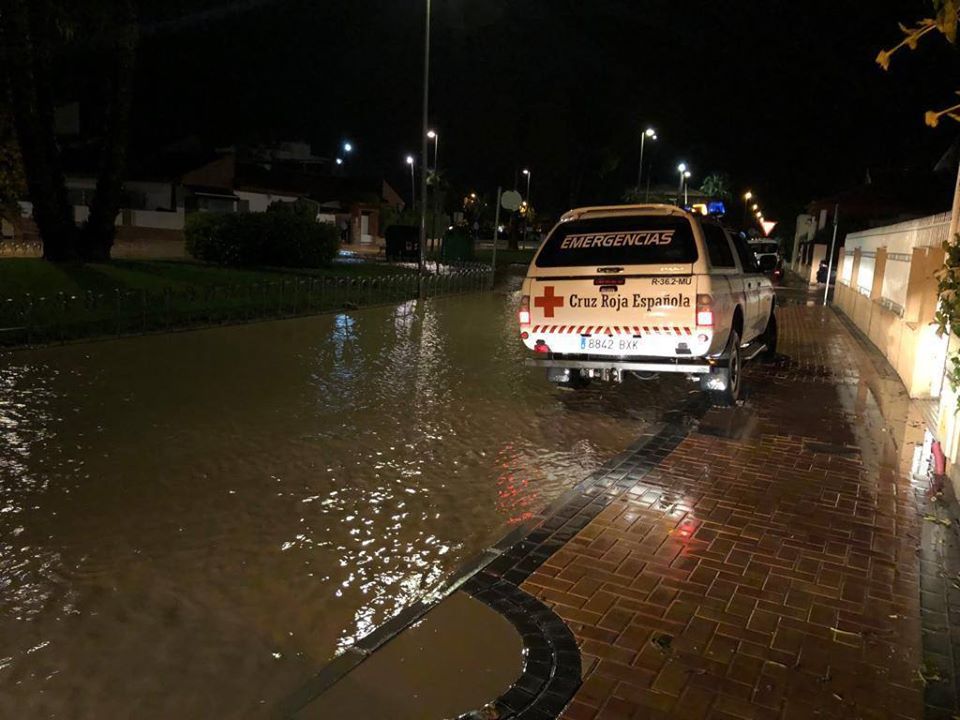 The City Council activated emergency level 2 just after 1am when the falling rain was joined by the streams of water that came into the town from the interior loaded with mud and earth.

The Civil Protection services evacuated a hundred people, from around the streets of Joaquín Blume, Los Luisos, Doctor García Guillén, Miguel Hernández, Adelfas, Girona, Granada, Barcelona, ​​Valencia and Ourense. The families taken from their homes were temporarily transferred to the Mormon church in front of Los Narejos. Fortunately, by mid-morning on Tuesday, there were only half a dozen people left as the rest had moved to the homes of family and friends. 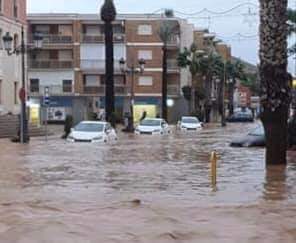 A driver was also rescued shortly before 5am from his flooded vehicle as he suffered from symptoms of hypothermia. Civil Protection officers provided him with dry clothes, a blanket and hot drinks. Down the Calle Los Luisos, Avda October 13, and many adjacent roads, there were streams of mud similar to the situation experienced two months ago. The streets that needed hundreds of volunteers from across the Region to get rid of the mud were once again submerged in a river of brown water.

There was hardly any movement of people or of vehicles, as all school classes and sports activities were suspended. Also in San Javier, where they were forced to cancel the planned holiday program on the occasion of the patron’s day. Only the mass took place in the parish church. 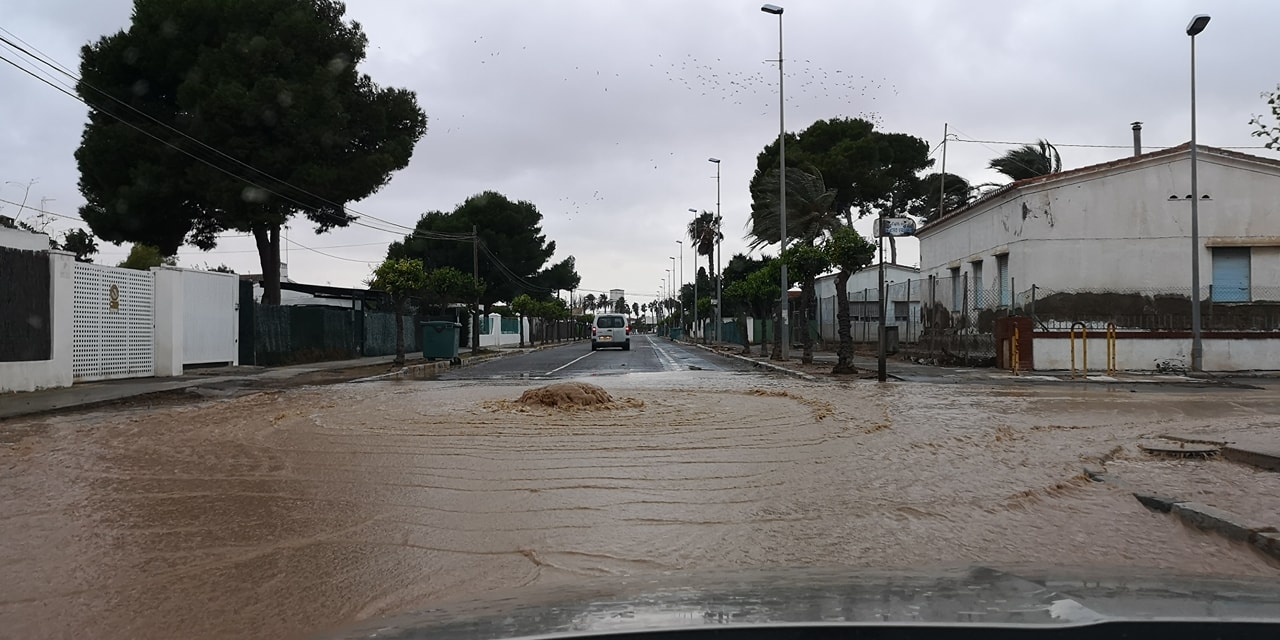 The streets of the Mar Menor and the areas surrounding the institute of Santiago de la Ribera are once again the areas where there has been the largest accumulation of water, so many of the streets hav remained cut off throughout the morning. In addition to the rain there have also been strong winds, with gusts of up to 100 kilometres per hour. These have proved to be the main problem in La Manga, where street furniture and garbage containers have been displaced.