NEW home owners have been robbed – in broad daylight – with burglars using a car jack to rip out a metal grill, removing a locked shutter, before smashing windows to gain entry.

The local Policia attended the scene and are continuing with their enquiries.

It is the second robbery in the same street, with a neighbour targeted last year.

The latest robbery comes after a pensioners’ home was robbed. A warning has been made by Community Presidents on La Herrada, to be vigilant.

A statement said two males were active in the vicinity, looking at properties and also attempting to open car doors.

Last week at a house in Doña Pepa a grill at the back of the house was pulled off and four men wearing balaclavas, one reportedly carrying a gun, broke in. After ransacking the house they left with a jewellery case and its contents. There have also been similar burglaries in Lo Crispin, San Miguel, Torremendo as well as further south in the Costa Calida. 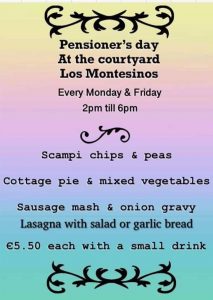 In Torrevieja and Pilar de la Horadada Police have also intensified their prevention and surveillance services of the Oriolan coast. Goods stolen are known to have been sold across the Vega Baja.

In June The Leader reported that the Civil Guard had made arrests, following robberies in Campoamor.

Another scam which seems to be with us once again are the unofficial ‘cold callers’, approaching homeowners, saying they are from Utility companies, gaining access to properties, before being robbed.