On Monday 25th February Maria and the Pink Ladies and Panthers met with “The Actors Community Theatre Society” (ACTS) to hand over a cheque to the value of a massive €4000 to be donated to the Pink Ladies on behalf of the AECC.

ACTS staged the play “Calendar Girls” in San Fulgencio last October, the brave and glamorous ladies of the company agreed to pose for their own calendar. Colin Bird, who directed the play, persuaded one of the original Calendar Girls to come out to the Costa Blanca to help promote this exciting and ambitious venture. 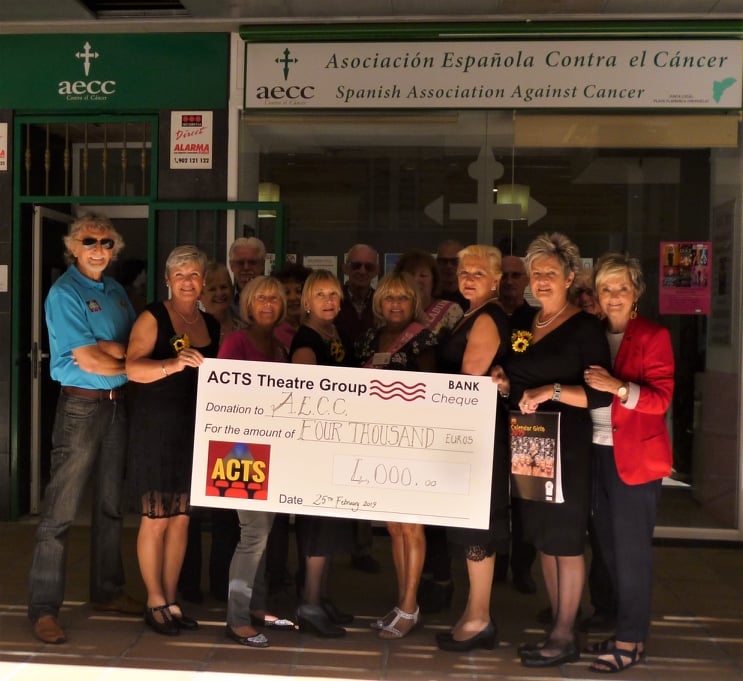 The play was a sell out and with each month sponsored by local enterprises the sale of the calendars alone enabled ACTS to donate €4000 to the AECC. A further €2000 profit from ticket sales was given to another four local charities serving children, young people, those suffering from Alzheimer’s and families in need in the San Fulgencio area.

ACTS next production will be “The Play That Goes Wrong” and will be performed in the Casa Del Cultura in Benijofar on March 28th,29th, and 30th.

In the attached photograph are some of the Ladies, this time I dressed in their signature black dresses, pearls and sunflowers along with some of Marias Pink Ladies.

Golf Day in aid of the Poppy Appeal