In Orihuela Costa, swimming on La Caleta beach (Cabo Roig) was banned after two Portuguese caravels were seen last week. The councillor of beaches, Luisa Boné, said that the lifeguard service had raised the red flag as a matter of extreme caution.

The Department of Beaches also published notices on social networks warning those who plan to go to the beach to be careful and not to touch the jellyfish if they see them, as “their sting can be extremely dangerous.”

In Pilar de la Horadada the red flag was flying during the early part of last week on all municipal beaches due to the appearance of the jellyfish. The Department of the Environment decided to prohibit bathing across the whole of its coastline. They say that once the danger is gone, they will all reopen their beaches.

Guardamar del Segura was the first municipality to alert bathers of the danger. At the end of April, the City Council recorded at least six of the invertebrates and monitoring work was intensified on the Guardamarenco coast.

It was decided to ask the local residents and tourists to avoid swimming on the beaches although they were not closed due to the lack of a lifeguard service.

Local fishermen say that they have sighted several specimens, “but it is very difficult to close 11 kilometres of linear coastline as we have, although we were among the first to initiate warnings and ask people going to the beach to take extreme precautions and avoid bathing”, said the mayor, José Luis Sáez.

In recent days, although the jellyfish are still being spotted on many beaches, the warnings have been downgraded, with most playas now flying yellow warning, indicating a medium hazard, and jellyfish warning flags. 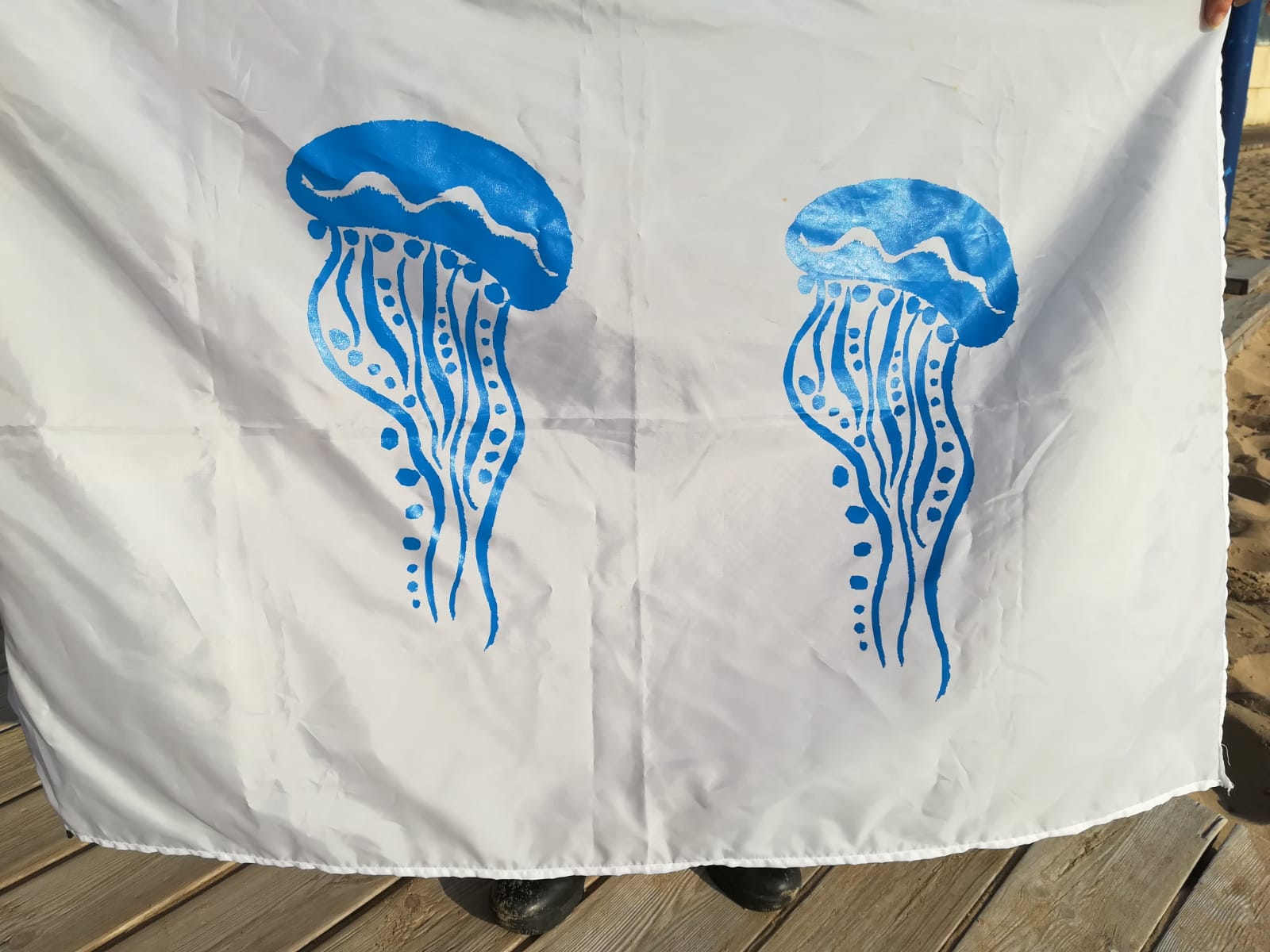 The Torrevieja council said on its Facebook page that fewer Portuguese man o’ war jellyfish are being spotted but there are now more Pelagias Noctiluca (the carnation of the sea) being reported which are equally as dangerous to humans. They say that it will still be necessary to taking extreme precautions, at least for the next few days.

Both the Portuguese caravel and the Pelagias Noctiluca have extremely potent toxins with dangerous stings which could require attention ranging from treatment with antihistamines to hospital admission, depending on the individual.

The tentacles can be 30 metres long and the most vulnerable to their stings are children, the elderly and people with heart problems. They can even cause death by anaphylactic shock or a severe allergic reaction, so all measures must be taken in order to avoid contact, even when they are stranded on the beach as their bite is still effective.

They must be reported to lifeguards or to Civil Protection volunteers if seen.