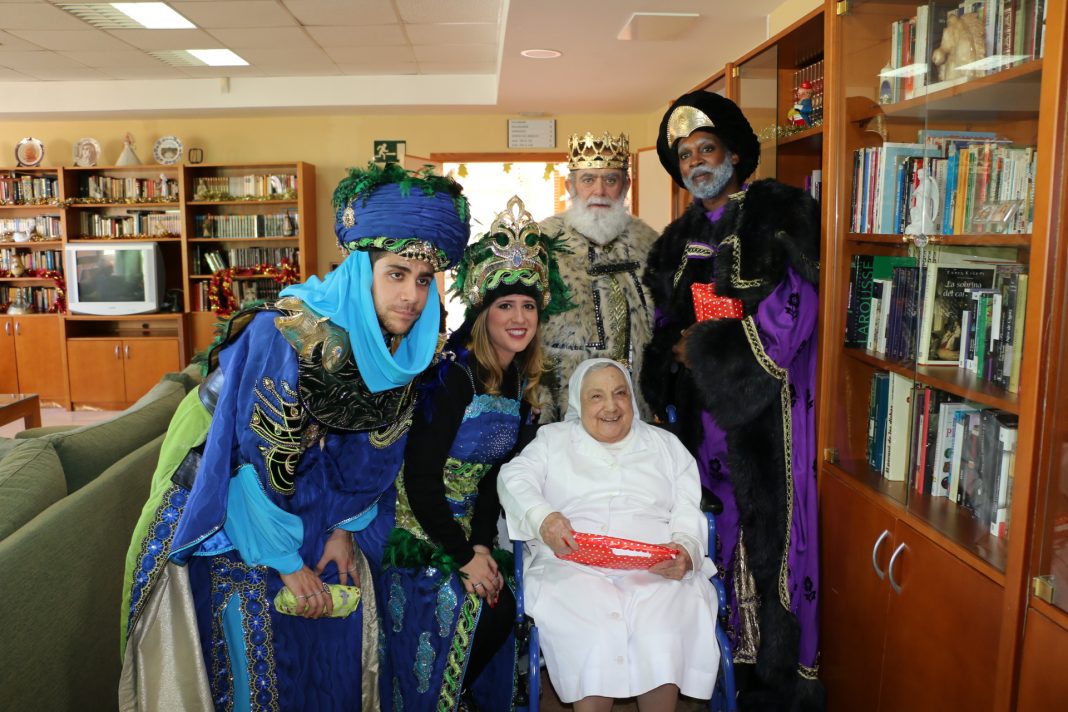 Because Spain has a strong religious history, Christmas is a more holy festival, a time to spend with the family. Although some gifts may be given Santa Claus is not that important.  In fact in some places children are told that if they are bad Santa Claus will come and take them away.

The day that most gifts are given is on Three Kings Day (el día de Reyes).  This is keeping with the tradition that this was the day that the Three Kings (Los Tres Reyes Magos) arrived bearing gifts for Jesus.

Indeed, in a 2015 survey, Spanish children overwhelmingly chose the Three Kings as their favourite gift giver (67%) over Santa Claus (27%).

On the evening before Three Kings Day every sizeable village and town holds a parade, a ‘cabalgata’ at which the Three Kings are paraded through the streets of the town, accompanied by musicians, dancers, performers and bands. The parades are extremely popular and can often draw large crowds, particularly in such places as Torrevieja and Orihuela. 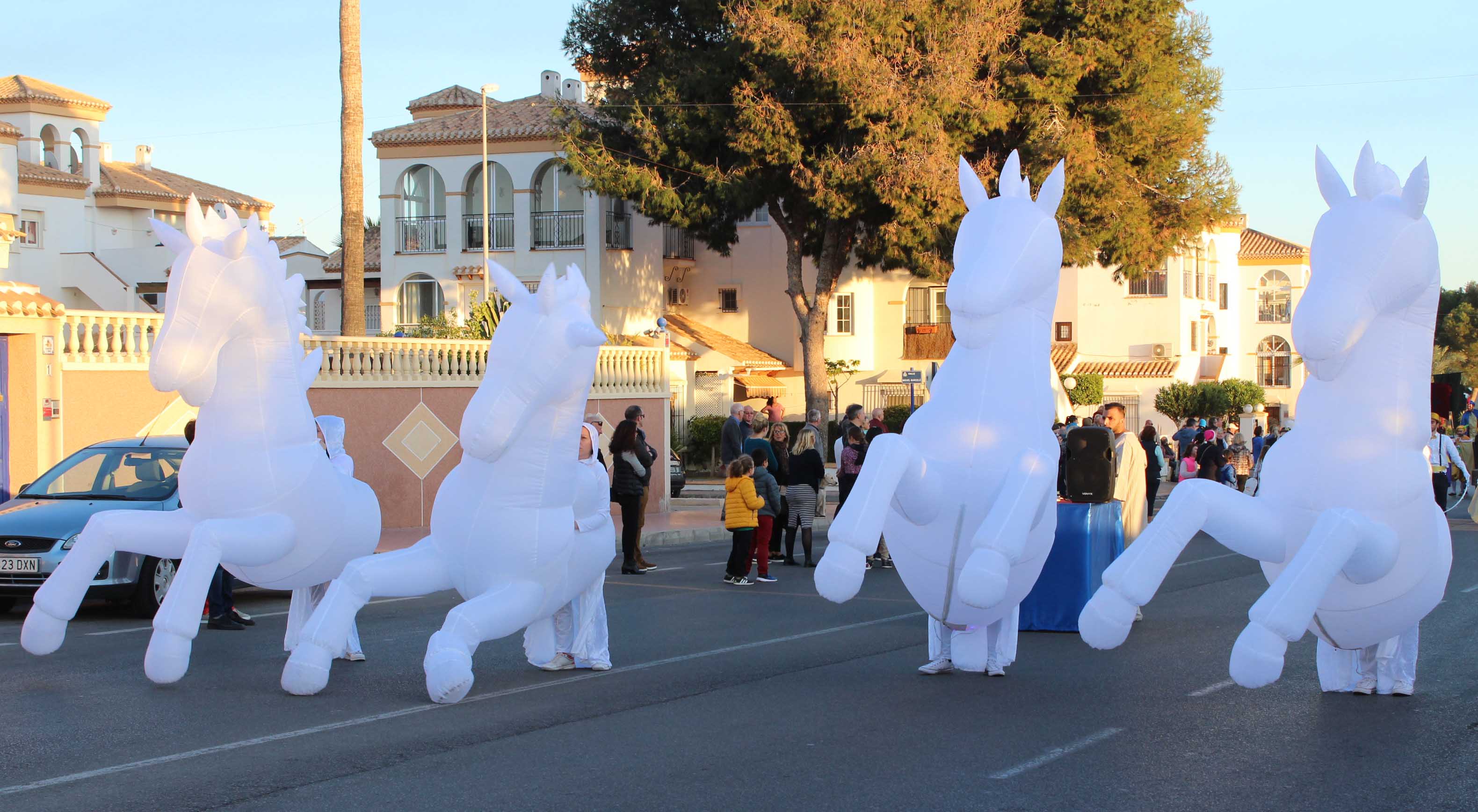 The tradition of showering the spectators with sweets makes them particularly popular with the children.

Whilst the larger towns often boast much bigger parades, those in local villages and pedanias are usually much more intimate affairs, with the three kings usually ending up in the local village hall, theatre or casa de Cultura, where children receive their first presents of the festival. 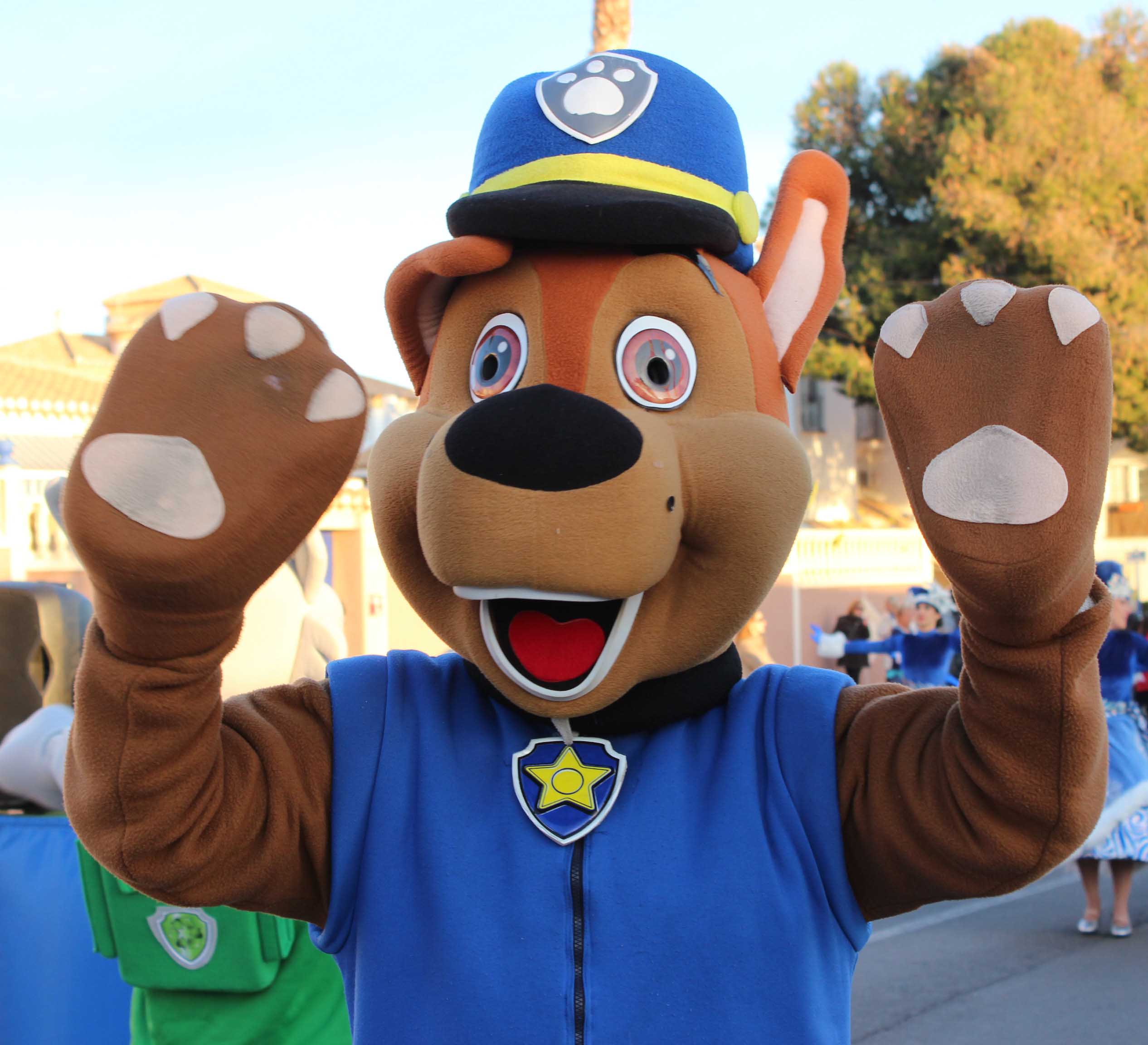 In Torrevieja the Thee Kings got the day underway with the mayor, José Manuel Dolón, and the councillor of Fiestas, Domingo Pérez, when they visited the Residence of the Third Age, the Holy Hospital of the Immaculate Conception and the Paediatric Unit of the Torrevieja University Hospital

At the residence of the Third Age Melchor called for peace in the New Year after which all of the residents received a small gift. The party moved to the University Hospital where they handed out gifts to the children who are hospitalised in the Paediatric Unit. 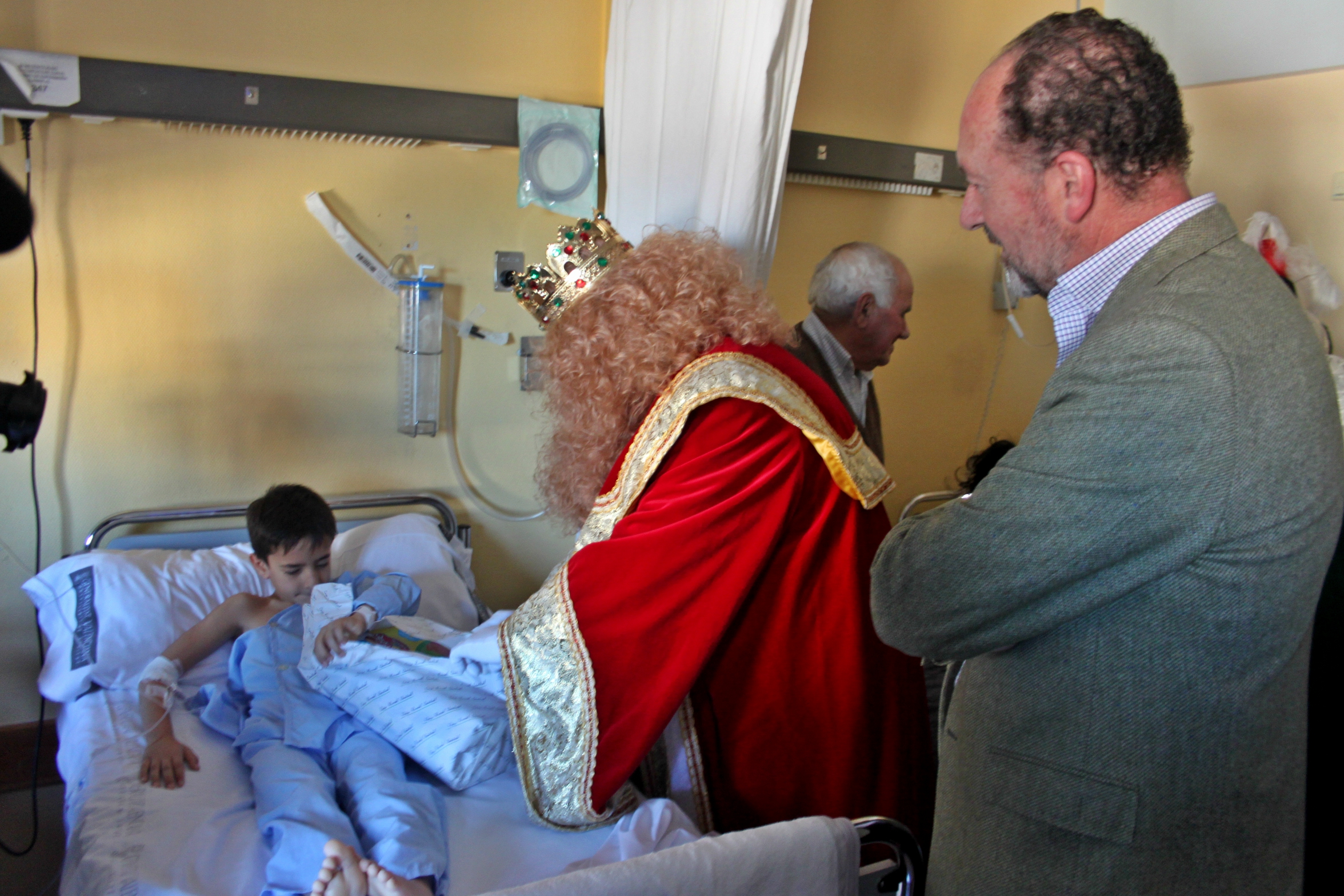 After arriving in Orihuela the Magi also visited the children in the Vega Baja Hospital, together with the mayor, Emilio Bascuñana and the councillor of Festivities, Mariola Rocamora, where they delivered toys to children in the hospital.

Bascuñana thanked the kings, who he hoped would bring health to the patients and encouragement to the medical staff, where, throughout the year, they carry out commendable work.