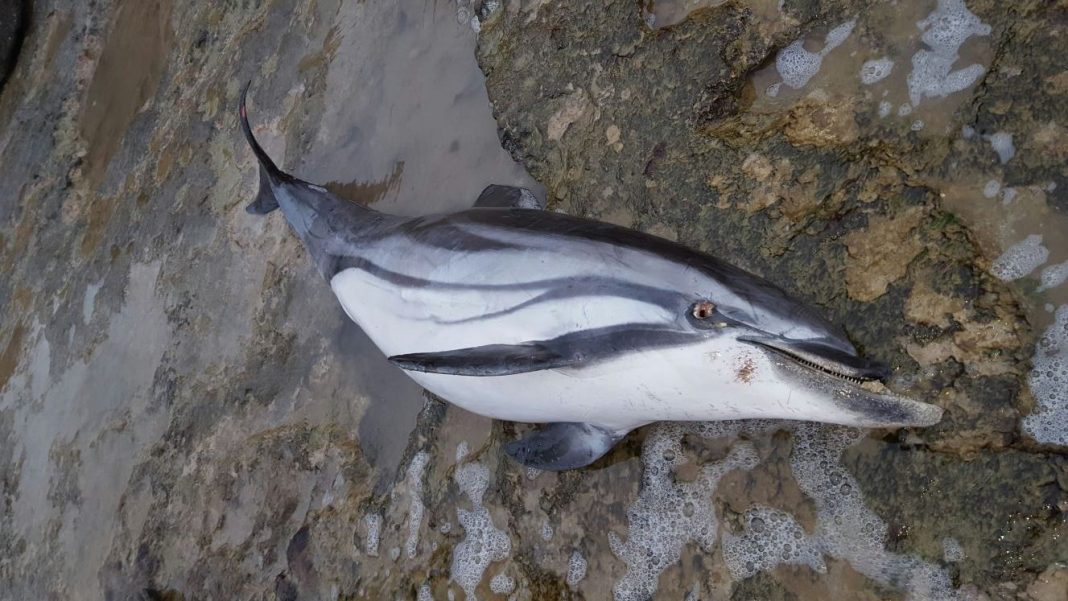 Staff of the beach cleaning service came across the lifeless body of an adult dolphin measuring two metres in length and weighing about 90 kilos at la cala de la Zorra on the norther outskirts of Torrevieja on Monday morning.

The municipal protocol was activated which included notifying the Local Police and the environmental agency.

The dolphin appeared to have a fractured upper jaw although, according to a municipal biologist, it is not known if this contributed to its death

The animal was transferred by the Consellería de Medio Ambiente to the Cavanilles Institute of Biodiversity and Evolutionary Biology of the University of Valencia where staff will carry out an autopsy in order to obtain information for scientific purposes.