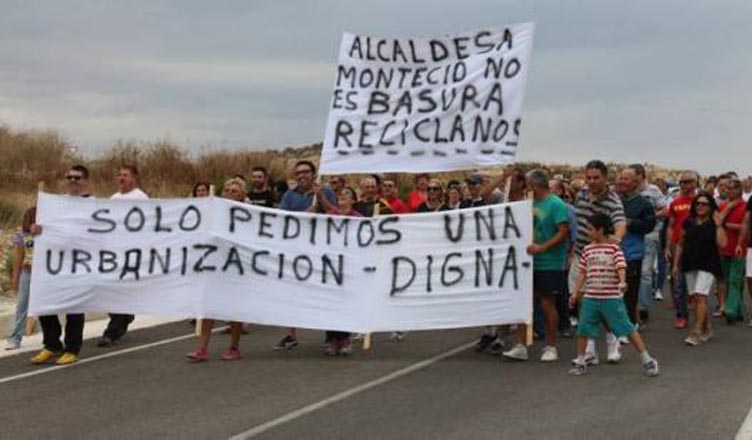 18 months after the appointment in May 2015 of the new Mayoress of Monforte del Cid, Maria Dolores Berenguer, (who was VERY vocal when in opposition) and after meetings held between her and the Montecid Urbanization Neighbourhood Association to try and find ways to improve many aspects regarding security, infrastructure and other necessities in Montecid we have still seen no change from the previous Mayoress (Antonia Cervera Carrasco).

The new Mayoress was always receptive and willing to listen when in opposition, but is now all talk as she fails to address the problems we are faced with (that she promised she would in opposition) and to take Montecid seriously.

Meetings with her about ongoing issues result in no answers or firm commitments. We are given final dates that are never met and the neighbours continue to clean and maintain communal areas and with regard to other issues the actions of the Mayoress can be counted on the fingers of one hand.

On 29th July this year, the Montecid Neighbours Association asked for a meeting in September (therefore giving the Town Hall time to prepare).

On October 24th 2016, the meeting took place, but, as of today, except for pruning the palm trees, nothing has changed. We are asking for : Bus services Regular and better cleaning of the green area and streets (the road sweeping vehicle comes early in the morning and it cannot clean properly because of the many parked cars Bins for dog waste Cleaning and disinfection of the drains on a regular basis

Pest control
Weed removal
Pruning of the palm trees
The construction of a street map at the entrance to aid emergency
services, deliveries and visitors
Removal of the huge and rusting MASA signs offering things that they
never delivered
Natural gas, phone lines and fibre optic cables
Speed control measures
Better signage from both the motorway, main roundabout and small
roundabout
Deal with dangerous, unaccompanied and barking dogs
Repair the children’s play area
Repair broken kerb stones
Repair the drains and pavements
Getting the bar and communal pool area open again
A dog park
A small pharmacy to be opened, which has been promised for years

The Association of Neighbours has tried to work closely with the Town Hall but the responses we have received are always empty promises that lead nowhere.

Everything the Neighbourhood Association asked for at the October